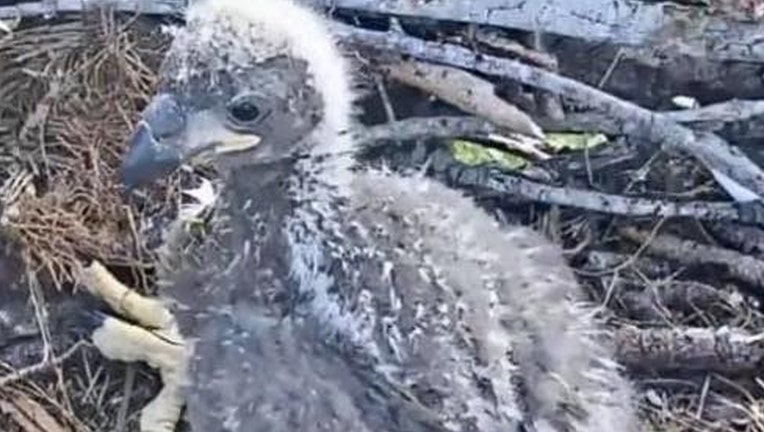 FORT MYERS, Fla. - The offspring of two bald eagles observed on a popular live webcam has died in a Florida ranch.

The Southwest Florida Eagle Cam said Wednesday in a Facebook post that an eaglet of Harriet and M15 died.

The post did not specify how the eaglet named E14 died, but it said the bird was observed bleeding Tuesday and died overnight. The cam was moved away from the nest Wednesday as the eaglet was being eaten.

The reproductive cycles of Harriet and M15 are viewed by millions across the globe. Harriet has fledged dozens of eagles since the early 1990s. The webcam is located in a slash pine tree in Fort Myers, Florida.

Eagles typically mate for life, but Harriet took up with the younger M15 after her longtime mate Ozzie was injured in 2015.