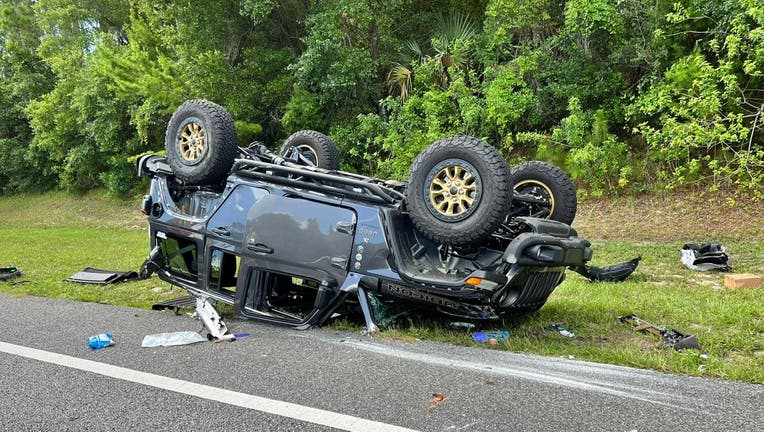 FLAGLER BEACH, Fla. - Traffic has reopened on John Anderson Boulevard after a rollover crash Monday in Flagler Beach, according to the Flagler Beach Fire Department.

First responders said the crash was upgraded to a level 1 mass casualty incident, according to the fire department's Facebook post.

Three adults and one child were taken to the Halifax Medical Center.