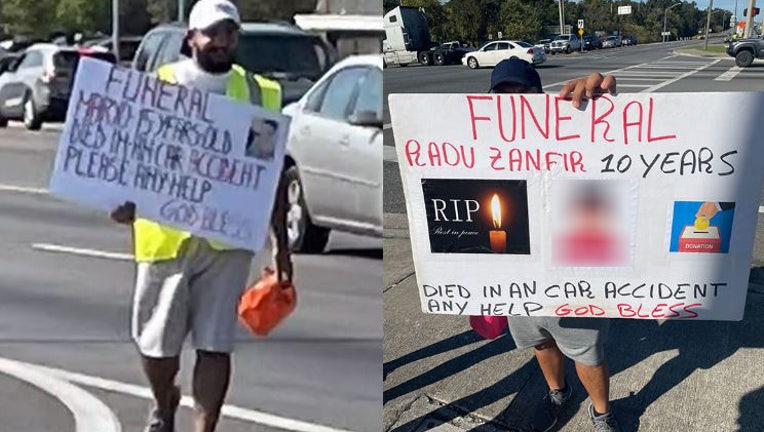 That's the warning from Ocala police after posting photos of panhandlers that they say are using false stories and fictitious signs to get money out of sympathetic citizens.

"Roadside panhandlers are becoming a common sight in many cities, and they can be very persuasive," the department wrote on Facebook. "However, it's important to remember that not all of these individuals are truly in need. Many of them are scammers who use false stories and fictitious signs to prey on the generosity of kind-hearted people."

They say similar scams are popping up all around the country amid the holiday season when many people tend to be very generous. But police say it's because "scammers are finding they're making a lot of money by tricking nice people. Don't be fooled!"

"The money that these scammers receive often goes towards drugs or alcohol, rather than food, shelter, or in this case, a child's funeral in Romania."

Ocala police recently posted photos of people holding signs at NW 10th St. and N Pine Ave. asking for donations to help with a child's funeral. Police say the people in the photo drove a silver Toyota Sienna van with a California license plate. Another photo was taken in Springfield, Missouri.

"If you see someone begging for money by the side of the road, it's best to err on the side of caution and keep your money to yourself," police warned.