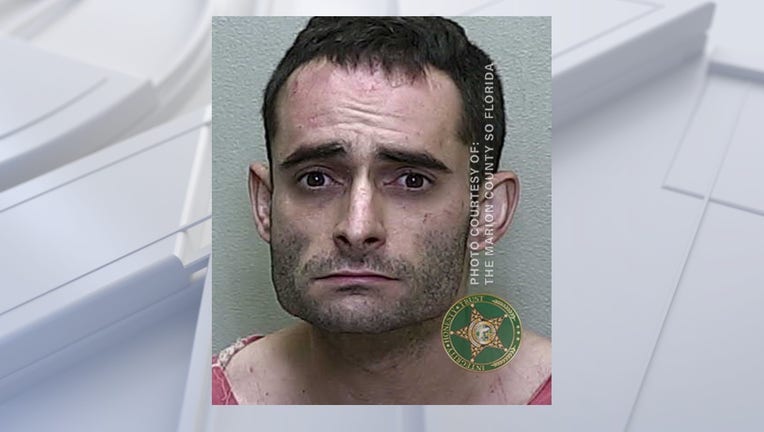 LAKE MARY, Fla. - The Marion County Sheriff's Office has made an arrest in the investigation into a homicide case from March.

Nicholas James Trench, 31, has been charged with second-degree murder, first-degree arson, and abuse of a dead body.

On Friday, March 26, 2021, the Sheriff’s Office responded to a well-being check at 10664 SW 75th Terrace and discovered a fire had been set in the home. Marion County Fire Rescue responded, extinguished the fire, and located the body of 77-year-old Alice Trench.

Investigators said the victim’s body had been decapitated and her left arm had been removed. They said it appeared the fire had been set in an attempt to dispose of the victim’s remains.

Nicholas Trench, who resides at the location, had been arrested nearby while running around a daycare nude, the Sheriff's Office said.

Detectives said Trench was interviewed about the murder but stated he could not remember anything prior to being arrested.

Investigators said a search warrant turned up several cutting tools near the victim’s body, a laundry basket that contained the victim’s severed body parts, and a home surveillance system.

Detectives said the surveillance footage showed Nicholas Trench in the garage retrieving a handsaw, disposing of a garbage bag full of bloody clothing, and starting a fire with accelerants before taking it into the residence.

The Medical Examiner’s Office determined the victim’s cause of death was strangulation and suffocation with contributory factors of blunt force trauma.

He is being held at the Marion County Jail without bond.