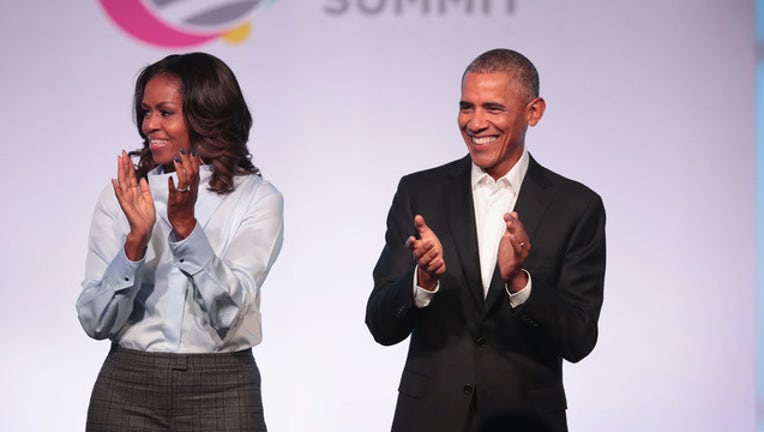 LOS ANGELES (AP) - Barack and Michelle Obama's production company is teaming up with Spotify to produce exclusive podcasts for the platform.

Under the Higher Ground partnership announced Thursday, the former president and first lady will develop and lend their voices to select podcasts.

The Obamas launched Higher Ground in 2018 with an initial partnership with Netflix. The idea was to raise new, diverse voices in the entertainment industry. The Spotify partnership seeks to expand the conversation.

Michelle Obama says she hopes they can help people connect emotionally and open their hearts and minds.