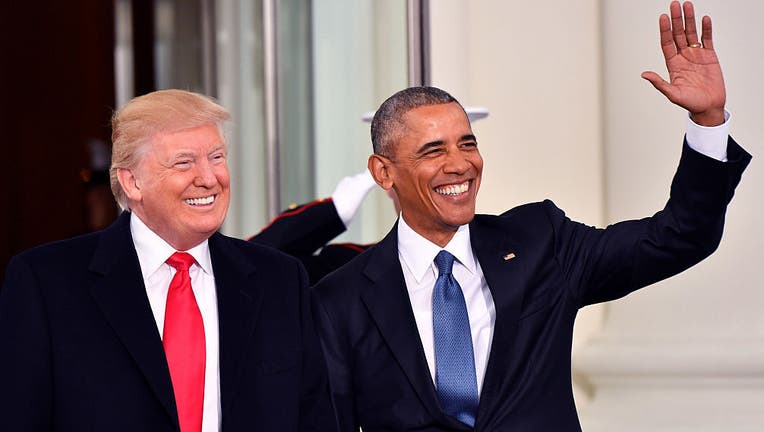 Obama said Friday that even during “big political battles” it’s important to remember that “we’re all Americans, and we’re all human beings.”

He spoke during a virtual fundraiser with Democratic vice presidential nominee Kamala Harris.

Obama says he and his wife, Michelle Obama, hope for a speedy recovery for Trump and the first lady and anyone who has been affected by coronavirus around the country. Harris says she and her husband, Doug Emhoff, share their “deepest prayers” for the Trumps.

RELATED: Trump praises staff at Walter Reed, says he is 'feeling well' as he fights COVID-19

Their comments came amid news that Trump will be taken to Walter Reed National Military Medical Center for a “few days” on the advice of his doctors.