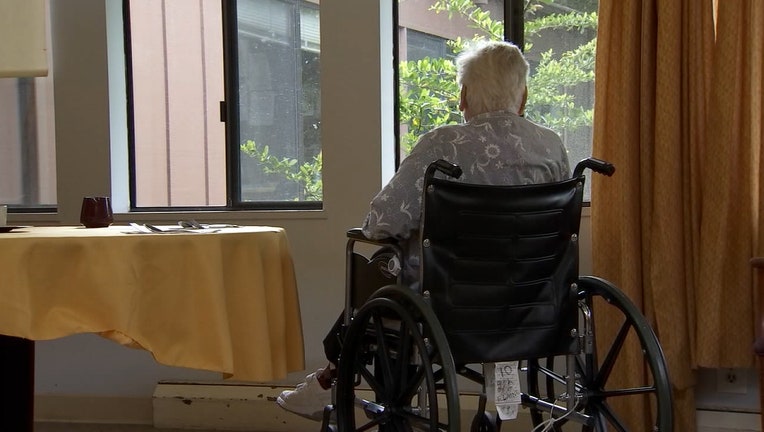 TALLAHASSEE, Fla. - With the measure drawing support from the nursing-home industry and a veto request from the senior-advocacy group AARP Florida, a proposal that would revamp staffing standards for nursing homes was among 35 bills that landed on Gov. Ron DeSantis’ desk Tuesday.

Among the other measures were a bill that could make it more difficult for groups to place proposed constitutional amendments on the ballot and a proposal that would broaden doctors’ ability to prescribe controlled substances through telemedicine.

The nursing home legislation (HB 1239) was approved by votes of 80-31 in the House and 28-9 in the Senate, with supporters saying it would provide more flexibility to nursing homes and help with staffing shortages.

"The staffing shortage in long term care facilities has been unprecedented and devastating — with roughly 92% of nursing centers reporting shortages in 2021," the Florida Health Care Association, an industry group, said in a news release last month that urged DeSantis to sign the bill. "Through that massive shortage, nurses and certified nursing assistants have endured significant physical and mental health challenges, underscoring the critical need for long term care facilities to utilize more specialized help."

The most-controversial part of the bill involves certified nursing assistants, who provide much of the hands-on care in nursing homes.

AARP, the state’s long-term care ombudsman and the Service Employees International Union, which represents nursing-home workers, have contended the proposal would result in nursing-home staff having to do more with less.

AARP Florida has asked supporters to submit veto requests to the governor’s office, saying the "legislation would cut nursing care in Florida's nursing homes by 20 percent, putting more Florida seniors at even greater risk of receiving poor care in these facilities."

Meanwhile, the elections-related measure (HB 921) would place a $3,000 limit on contributions from out-of-state donors to political committees trying to collect enough petition signatures to move forward with citizens’ initiatives.

The Legislature passed a similar law in 2021 that applied to contributions from in-state and out-of-state donors during the signature-gathering phase of initiatives. U.S. District Judge Allen Winsor blocked that restriction last year, saying it was an unconstitutional infringement on political speech.

This year’s effort was approved in votes of 80-40 in the House and 22-16 in the Senate. Sen. Jeff Brandes, the lone Republican to oppose the measure, argued the proposal was unconstitutional because it would limit speech.

"We should not limit people's ability to speak, period," said Brandes, R-St. Petersburg, when the bill was argued on the Senate floor on March 10.

But Sen. Ray Rodrigues, R-Estero, said the bill targets "billionaires who have contributed literally tens of millions of dollars to influence" states’ constitutions.

The measure also would prevent local governments from doing such things as sending mailers to voters to promote or oppose proposed referendums, ballot initiatives or issues.

Rep. Spencer Roach, R-North Fort Myers, argued on the House floor that "it’s self-dealing for the government to use taxpayer dollars to try to take a side and sway the outcome of an election."

Local governments would still be able to post "factual information" on government websites or in other printed materials.

The measure on telemedicine (SB 312) aims to relax restrictions related to physicians prescribing certain controlled substances for patients. Doctors using telemedicine still would be prohibited from prescribing what are known as Schedule I and Schedule II substances, which include drugs that are considered highly addictive.

Doctors currently are prohibited from prescribing any controlled substances through telehealth unless the prescriptions are intended to treat psychiatric disorders, hospital inpatients, patients in hospice care or nursing homes.

Also, DeSantis received a bill (SB 1950) that would help set the stage for the Agency for Health Care Administration to award billions of dollars in Medicaid managed-care contracts. The agency during the past decade has gone through lengthy processes twice to award contracts to managed-care plans and is expected to begin a third round this year.

DeSantis will have until April 20 to take action on the bills.