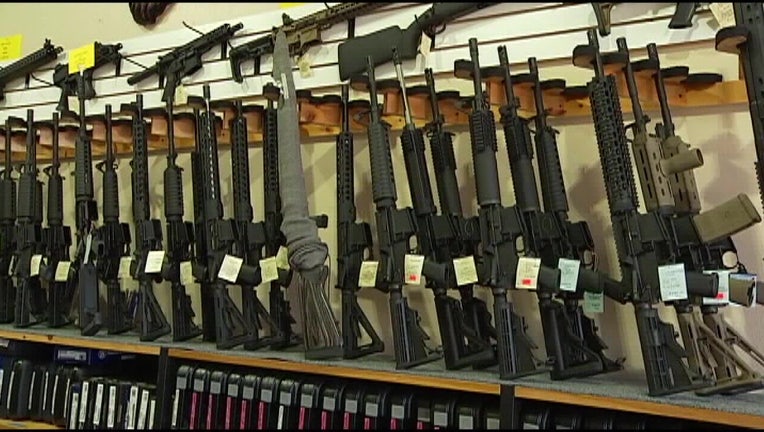 TALLAHASSEE, Fla. - Pointing to what it described as the "irrationality" of the ban, the National Rifle Association has urged a federal appeals court to reject a 2018 Florida law that prevents people under age 21 from buying guns.

The brief came after Chief U.S. District Judge Mark Walker in June upheld the law. NRA attorneys wrote that the ban "infringes all young adults’ right to purchase any firearm, even for self-defense in the home" and contrasted it with other laws related to people under 21.

The Republican-controlled Legislature and then-Gov. Rick Scott approved the ban as part of a wide-ranging bill passed after 19-year-old Nikolas Cruz was accused of using a semi-automatic weapon to kill 17 students and faculty members during the shooting spree at Marjory Stoneman Douglas, his former high school. Cruz continues to await trial in the shooting.

The law prevents the sale of rifles, shotguns and other long guns to people ages 18 to 20. Federal law already barred sales of handguns to people under 21.

Attorneys for the state have not filed arguments at the Atlanta-based appeals court. But in a document filed in district court, they wrote that people ages 18 to 20 are a "particularly high-risk group" and pointed to scientific evidence about impulsive and risky behavior.

"Empirical evidence bears out that because 18-to-20-year-olds are uniquely likely to engage in impulsive, emotional, and risky behaviors that offer immediate or short-term rewards, drawing the line for legal purchase of firearms at 21 is a reasonable method of addressing the Legislature’s public safety concerns," the document said.

In his June ruling upholding the law, Walker, in part, focused on a landmark 2008 U.S. Supreme Court case known as District of Columbia v. Heller. While the Heller case is broadly considered a major victory for gun-rights supporters, it also said certain "longstanding prohibitions" about guns do not violate the Second Amendment, according to Walker’s ruling.

PREVIOUS: NRA appeals ruling on gun sales to people under 21 in Florida

The Heller case cited prohibitions on such things as felons and mentally ill people possessing guns, Walker concluded that restrictions on 18-to-20-year-old people buying guns were "analogous" to the restrictions cited in the Heller case.

"In short, Heller’s listed regulations are similar to restrictions on the purchase of firearms by 18-to-20-year-olds; all target specific groups that are thought to be especially dangerous with firearms," he wrote.

But in the brief last week, NRA attorneys wrote that law-abiding, "responsible young adults cannot be fairly analogized to convicted felons and the mentally ill."

"Nothing in Heller or this court’s precedents support the notion that hundreds of thousands of law-abiding young adults in Florida may be categorically banned from purchasing firearms merely because those individuals happen to be in a group declared by the government to be --- without individual adjudication --- ‘especially dangerous with firearms,’" the brief said. "This stretches the analogy to the presumptively lawful prohibitions on felons and the mentally ill past the breaking point."

While the law prevents people ages 18 to 20 from buying guns, it allows them to receive firearms, for example, as gifts from relatives. NRA attorneys argued in the brief that the law violates constitutional equal-protection rights.

"The Legislature discriminates between young adults privileged enough to be gifted or loaned a firearm from those not so privileged," the brief said. "The former are somehow fit for firearm ownership while the latter are not."