During Andrew Pichardo’s first month as a Floridian, he, his wife, and their 5-month-old baby faced one of the strongest hurricanes to ever hit the United States.

BRADENTON, Fla. - One North Texas family just moved to the west coast of Florida at the beginning of September.

At first, forecasters were saying Hurricane Ian was headed straight for them in the Sarasota/Bradenton area, so they evacuated with their 5-month-old child.

"This is right in the middle of hurricane season, which I didn’t even know the season when I moved here, like the time frame," Andrew Pichardo said.

During Pichardo’s first month as a Floridian he, his wife, and their 5-month-old baby faced one of the strongest hurricanes to ever hit the United States.

Ian crashed into Florida’s western coastline as a Category 4 hurricane.

"We thought the storm was going to hit us direct, so we went to Orlando because my parents live there," Pichardo said.

The new parents are new residents of Bradenton, Florida, which is 30 minutes north of Sarasota.

Bradenton did see damage and hurricane force winds, but before the storm hit, the Pichardo’s packed up the car and evacuated to Orlando.

"It’s a two-hour trip normally," Pichardo said. "It took us four and a half hours."

The Pichardo’s rode out the storm in Orlando as Ian weakened to a Category 1 hurricane once it moved inland.

Now, they’re back in Bradenton, where they have minor roof damage and their fence was knocked down. They know they dodged a bullet. 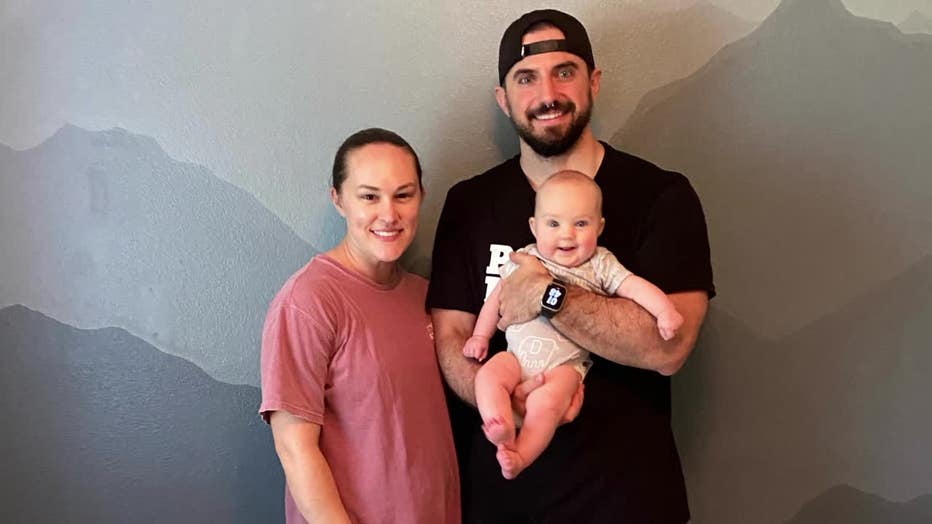 Meanwhile, on Saturday, Oncor was hard at work restoring power in central and southwest Florida.

There were 500 contractors who made the trip from North Texas to help.

Oncor told FOX 4 that its main goal this weekend is to restore lines and clear debris, which is virtually everywhere.

There are 1 million people in Florida who are still without power.

Denton Municipal Electric also made the trip to Lakeland, Florida, in between Tampa Bay and Orlando.

The Pichardo’s are thankful their power is back on in Bradenton.

"Lucky to not have that devastation flooding like Fort Myers had, for sure," Pichardo said.