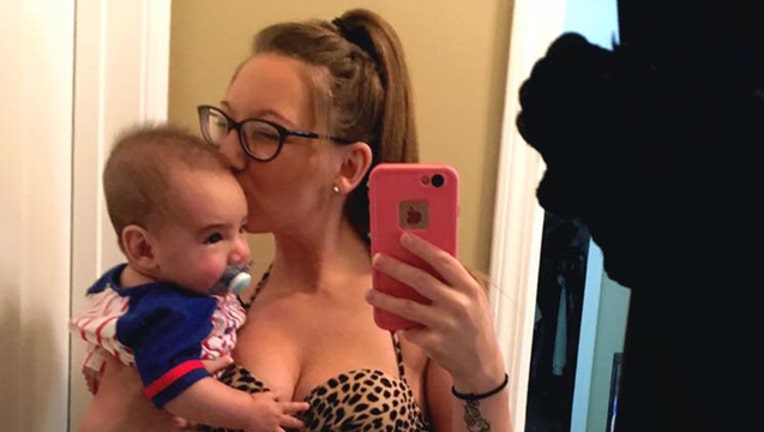 KANSAS CITY, Mo. (WJBK) - Lexi Sinclair gave birth to her beautiful baby boy Christian just four months ago. This past week, she tried to cool off at the neighborhood pool with her bundle of joy. That's when she said another pool goer body shamed her. But she had the perfect response.

Sinclair said she went to the Kansas City, Missouri, area pool last Tuesday. As she was making sure her infant son was ready to be outside, she said a woman in her 50s walked up and started making conversation.

At first, it was all the usual new baby questions: his weight, his sleeping, his age, etc. But then she dropped the bomb that shocked this mom:

"She then proceeded to tell me that the men at the pool would feel more comfortable if I was in a one-piece swim suit because a bikini isn't appropriate for a mother, especially one who's "still recovering."

So what did this mom say? Well, she could have been in shock and not said anything. She could have just ignored the blunt woman. Instead, she told the woman exactly what she thought:

"I just smiled, kissed my son and told her, "I'm proud of my body. In just one year I've gained 50 pounds, and lost 37. I've grown a human and given birth to a beautiful miracle. My body provided food for my child. So, no, my body might not be the best sight for other men to see. My stretch marks and tummy pudge might not be sexy. But they're proof that I've done something amazing, and I have a man that loves me and finds me even sexier and more beautiful now. To be honest, I don't give a tiny rats ass what other men, or a prissy twit like you think. Have a nice day though."

See the entire Facebook post that she put up - that includes a picture of her in her bikini while holding her son - below:

Sinclair's post has been shared over 20,000 times. She has since posted more updates saying she 'never in a million years' expected a response like this and that she's thankful for all the support from fellow moms that she has received.