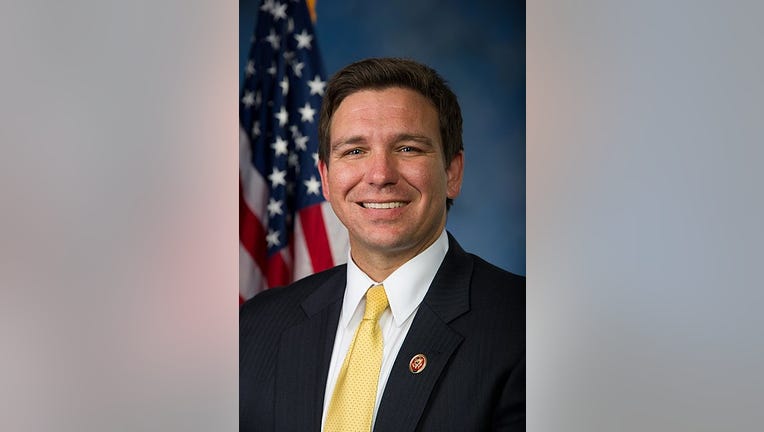 ORLANDO, Fla. - Florida started 2019 with a young new governor taking the reins of state government and finished the year with two tragic shootings at either end of the state.

In between, Floridians argued over how to get voting rights restored to as many as 1.4 million convicted felons and followed the legal sagas on sex charges of two of the state's richest homeowners. Floridians watched as President Donald Trump joined them in making the Sunshine States his permanent residence and puzzled at how two Chinese nationals, months apart, gained access to his Florida club, Mar-a-Lago.

After taking office in January, Republican Gov. Ron DeSantis did many things that his predecessor, now Republican U.S. Sen. Rick Scott, hadn't during his eight years as governor. DeSantis used the once-rarely-uttered-in-Florida-government words “climate change" in a state that is one of the most vulnerable to rising sea levels. DeSantis also broke with his predecessor and appointed a science officer, established a climate change czar and pledged to spend billions of dollars to restore the Everglades and combat the pollutants that spawn blue-green algae and red tides. Floridians seemed to like their new governor, giving the him high approval ratings in his first year in office.

Floridians, or at least their elected officials, were less agreeable on how felons should get their voting rights restored. Florida voters last year approved a constitutional amendment restoring the voting rights of felons who complete their sentences. But DeSantis earlier this year signed a Republican-sponsored bill requiring that legal financial obligations be met before voting rights are restored. Civil rights groups challenged the law, arguing placing financial requirements on the right to vote violates the U.S. Constitution. In a state where political races are won by the smallest of margins, the outcome could affect next year's presidential election.

Two of Florida's wealthiest homeowners were caught up in criminal sex charges. New England Patriots owner Robert Kraft was charged with a misdemeanor for allegedly paying for sex at a massage parlor in South Florida. He has pleaded not guilty but issued a public apology. Financier Jeffrey Epstein was arrested in New York and was awaiting trial on charges he sexually abused teenage girls at his Manhattan mansion and a Florida home when he was found dead in his jail cell in August. New York City’s medical examiner ruled Epstein’s death a suicide. The arrest came more than a decade after Epstein reached a secret plea deal, ending a federal probe in South Florida that could have landed him in prison for life. Epstein instead pleaded guilty to lesser state charges, spent 13 months in a Palm Beach County jail, paid financial settlements to victims and registered as a sex offender.

Gun violence continued to plague Florida. At the beginning of the year, five women were killed during a mass shooting at a bank in Sebring, Florida. The year ended with a Saudi Air Force member killing three U.S. sailors and injuring eight other people at Naval Air Station in Pensacola, Florida, according to authorities. Just days earlier, a UPS driver and a bystander were fatally shot during a shootout between police officers and two jewel thieves who also were killed. Then there was continued fallout from earlier events. A white man in Clearwater was sentenced to 20 years in prison for the fatal shooting of an unarmed black man outside a convenience store.

A year after the massacre of 17 people at Marjory Stoneman Douglas High School, the mass shooting continued to have repercussions in Florida. DeSantis fired Broward County Sheriff Scott Israel over the shootings; an investigator said Israel should be reinstated, but the Florida Senate upheld the firing. The Florida Legislature passed legislation expanding the ability of teachers to carry guns in schools. The Florida deputy who knew a gunman was loose at the Parkland high school but refused to go inside was arrested on 11 criminal charges related to his inaction.

A Chinese woman was arrested and charged with trespassing at Trump's Mar-a-Lago club. After choosing to represent herself in a bizarre trial, she was convicted and held for deportation. Yujing Zhang, a 33-year-old Shanghai businesswoman, carried a laptop, phones and other electronic gear. That led to initial speculation that she might be a spy, but she was never charged with espionage and text messages she exchanged with a trip organizer indicated she was just a fan of the president and wanted to meet him or his family to discuss possible deals. In December, another Chinese national, Jing Lu, was arrested when she refused to leave Mar-a-Lago. These intrusions were made the same year President Trump formally made Florida his official residence and kicked off his re-election campaign in Orlando.