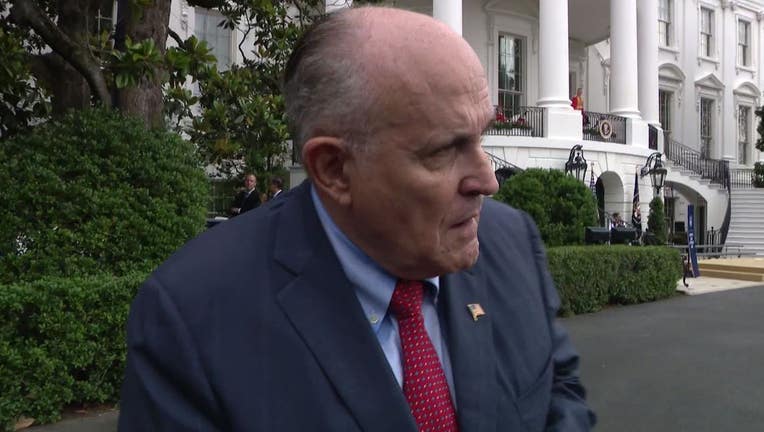 The State Department released the documents to the group American Oversight in response to a Freedom of Information Act lawsuit. They show that Pompeo talked with Giuliani on March 26 and March 29.

Last week, former Ambassador Marie Yovanovitch told House impeachment investigators she felt “kneecapped” by a “smear campaign” Giuliani led against her. She was withdrawn from her post in Ukraine in May.

The documents released Friday also include a report, that appears with Trump hotel stationery, that appears to summarize a January 23, 2019, interview with Ukraine’s former prosecutor general, Victor Shokin. The summary says Giuliani and two business associates, Lev Parnas and Igor Fruman, were present.

Parnas and Fruman were arrested last month on a four-count indictment that includes charges of conspiracy, making false statements to the Federal Election Commission and falsification of records. The men had key roles in Giuliani’s efforts to launch a Ukrainian corruption investigation against Democratic presidential contender Joe Biden and his son Hunter.

In the document, Shokin claims he was removed from his position under pressure from Biden.

A second memo appears to be a summary of an interview with Yuri Lutsenko, also a former prosecutor general of Ukraine, conducted in the presence of Giuliani, Parnas and Fruman. Lutsenko is quoted raising questions about compensation that Hunter Biden received from the Ukrainian oil company Burisma.