Armstrong said they hoped these new rides would thrill both locals and visitors.

Armstrong said the new slingshot would be about 300 feet tall and launch riders up at 100 mph more than 450 feet in the air. 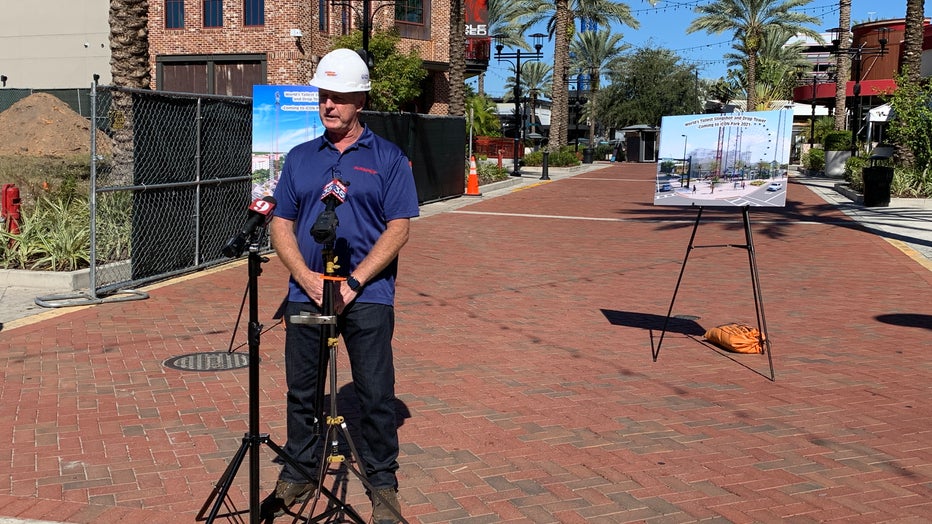 The worksite was also ready to go. Huge metal poles lying along the ground were going to be driven into the dirt about 40 feet down to form the foundation of the rides. The rides themselves were being built overseas. They planned to ship them there sometime in June or July.

"We've created it so that it's a very open, exciting, and inviting end to ICON Park. At either end, people will be invited into this fantastic area that has all these magnificent restaurants, entertainment, all these different activities," Armstrong said.

The builders hoped the new attractions would be open this December.