Shooter knew man, woman he killed before taking his own life: police

LAKELAND, Fla. - Lakeland police have named the man they say killed two people at a home on Atlanta Avenue in Lakeland on Christmas Eve.

Police say after 30-year-old Leighton Josephs shot and killed a 30-year-old woman and a 27-year-old man, he turned the gun on himself.

When officers got to the scene, they found three bodies as well as four children, all under the age of 10, who were physically unharmed.

Those who live nearby said they heard the gunshots around dinner time, and once the children were taken from the home, neighbors said what they overheard was horrific.

“All four kids were in there when it happened,” said neighbor Sun Malkowski. “They saw everything. Everything! They saw their mother and father dead. 'I stepped in my daddy's blood.' That little girl said that."

Shannon Brown, who lives directly across the street, said he didn’t know the family well but interacted with them from time to time.

"They seemed like friendly people,” Brown said. “We'd see them go in and out. The lady there would go to church regularly and we'd see her take her two daughters there. We just feel terrible for the children. I guess they'll be in our thoughts and prayers throughout the day and we hope all goes well for them."

Detectives said many people have asked how they can provide items for the displaced children. The Lakeland Police Department said it is working on a way to facilitate those requests and will release information in the coming days.

Anyone with information about this case is asked to contact Detective Laura Dunn at Laura.Dunn@lakelandgov.net or 863-834-6974. 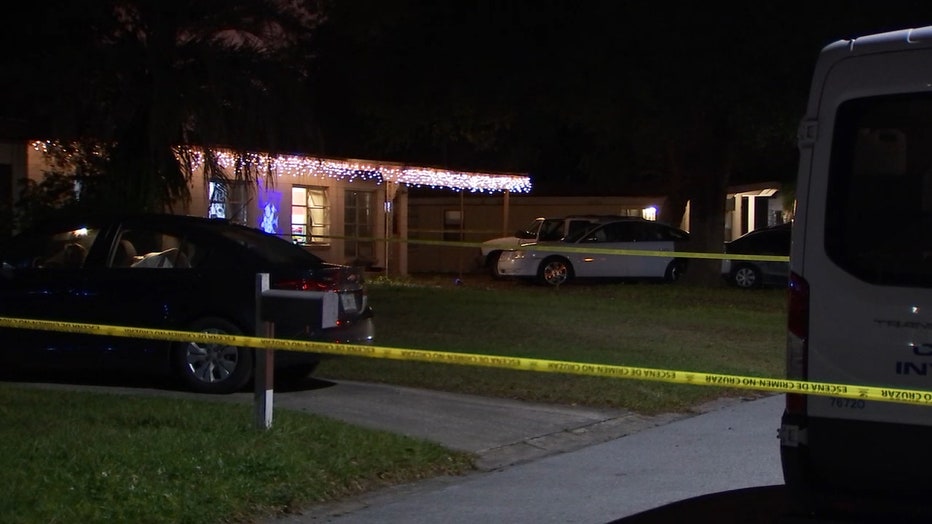