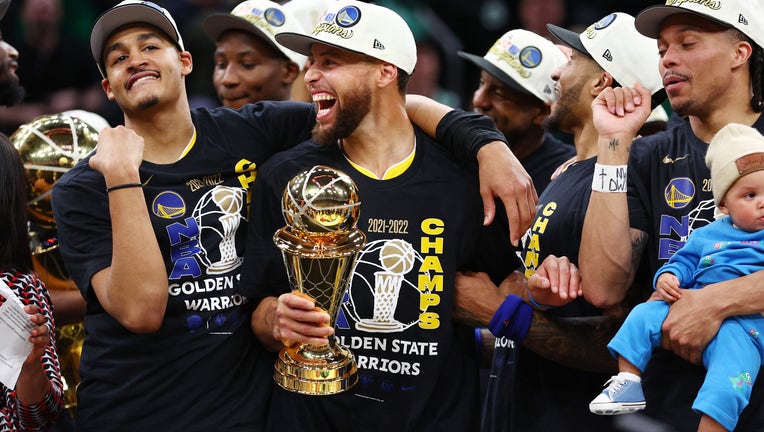 BOSTON, MASSACHUSETTS - JUNE 16: Stephen Curry #30 of the Golden State Warriors adn Jordan Poole #3 after defeating the Boston Celtics 103-90 in Game Six of the 2022 NBA Finals at TD Garden on June 16, 2022 in Boston, Massachusetts. NOTE TO USER: Use

Orange County property records show a deed was recorded in the Orange County Comptroller Official Records Department on Tuesday. The NBA star and his wife Ayesha Curry are listed as the grantee to the deed.

Four time NBA champion and two time league MVP Steph Curry, point guard for the Golden State Warriors, was recently named as the NBA Finals Most Valuable Player after completing a championship run when his team beat the Boston Celtics in the basketball championship series.