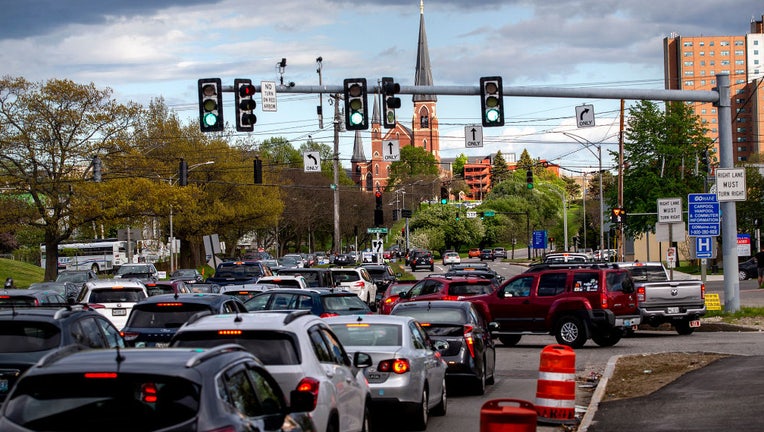 PORTLAND, Maine - Maine is cleaning up its roadways by removing the flippin’ vulgarities from license plates.

The state is enforcing new rules to eliminate f-bombs and other obscenities that appeared on vanity license plates after the state effectively eliminated its review process.

The state began issuing recall letters this month, with a handful each day. It'll take a couple of months to complete the process.

Secretary of State Shenna Bellows is passionate about free speech as a former director of the American Civil Liberties Union of Maine. But she said obscenities should not be on license plates, which are state property.

"What I would say to those who want to engage in objectionable or questionable speech: Get a bumper sticker," she said.
It's a bit of a headscratcher how a bunch of descendants of Puritans in a New England state ended up putting some of the raunchiest messages on state-issued license plates.

It started when state lawmakers all-but-eliminated the review in 2015 after a lawsuit successfully targeted neighboring New Hampshire's restrictions on vanity license plates.

Maine's laissez-faire approach allowed what Bellows described as a "wild wild West" in which motorists ordered vanity license plates with blushing references to sex acts or genitalia. One notorious license plate used a profanity that starts with the letter F, followed by the word "you."

A committee has been set up to review vanity plate requests, along with complaints by members of the public.

In Maine, there are about 124,000 vanity license plates on the roads in a state with about 1.3 million residents. Previous estimates suggested 400 offensive plates could be subject to recall, and nearly 40 recall letters had been issued as of midweek, officials said.