TALLAHASSEE, Fla. - A key tool that helps meteorologists predict weather conditions will soon be limited due to a nationwide helium shortage.

The National Weather Service in Tallahassee, Florida, said they will be switching from twice-daily weather balloon launches to once per day in the morning beginning March 1. However, if significant weather conditions develop, they will have the ability to launch additional weather balloons.

The reduction of launches will have no impact on severe weather operations, the NWS said, or their ability to warn on dangerous storms.

NWS offices across the country typically launch weather balloons twice a day, once around 7-8 a.m. Eastern and again around 7-8 p.m. Eastern.

For a typical launch, approximately 1,100-1,200 grams of lift is needed to raise the balloon nearly 100,000 feet. An average helium balloon can typically lift 14 grams.

The balloons carry a box of instruments called a radiosonde that helps play a critical role in weather prediction. The data collected by the radiosonde is ingested into the computer forecast models used by meteorologists to help predict weather conditions such as rain, snow, temperatures and winds.

FOX Weather meteorologist Mike Rawlins said if fewer balloons go up each day it will limit the ability to sample the upper atmosphere and could impact the accuracy of weather forecasts.

"The data collected by weather balloons goes right into our computer forecast models, helping kickstart the model with real-time information on the state of our atmosphere," Rawlins said. "If we're sampling the atmosphere less and less, then we'd expect to see a reduction in computer forecast accuracy at some point."

And the loss of an evening balloon launch could have a negative impact on the output of those computer models, FOX Weather meteorologist Brian Donegan said.

"The models will have to rely solely on observations from satellite and radar due to the missing data typically provided by the weather balloons," Donegan said. 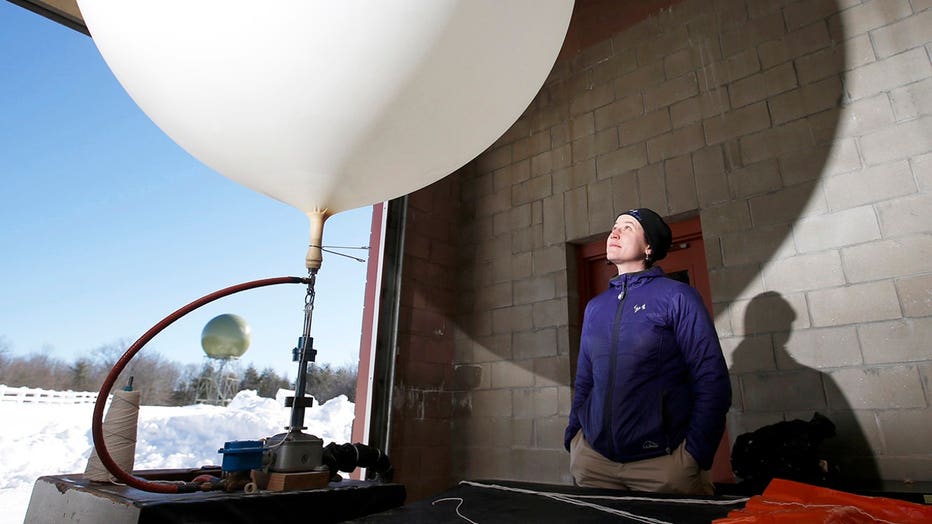 ACCURATE FORECASTS WOULD BE ALMOST IMPOSSIBLE WITHOUT WEATHER BALLOONS

Out of 122 NWS offices across the nation, 92 of those offices launch weather balloons.

Meteorologist-in-Charge Felecia Bowser at the NWS office in Tallahassee said some weather balloon offices across the nation, be it using hydrogen or helium gas, have had to conserve the number of balloon launches for one reason or another.

"Such as transportation issues – meaning the gas supplier was late delivering the gas to the office, thus resulting in the office having to conserve balloon launches," Bowser said.

Bowser said she was unaware of any other NWS office that has made the switch to limit weather balloon releases at this time. The decision to conserve flights did not come easy as quite a bit of effort was put in from the NWS’s leader of their upper air program, regional headquarters and their contractual gas supplier to try to avoid the situation.

PARTY OVER FOR HELIUM BALLOONS IN CALIFORNIA CITY AFTER BAN APPROVAL

"A supply shortage is something we have no control over, so the best decision has to be made that allows us to continue to fulfill the NWS mission of the protection of life and property," Bowser said.

And even though the NWS office will be switching to once-daily morning balloon flights for a period of time, Bowser said it will not mitigate them from providing the community with the most scientifically sound and up-to-date weather information.

The NWS said there are about 75,000 balloons sent up each year. There is no word on when routine twice-daily launches will resume.