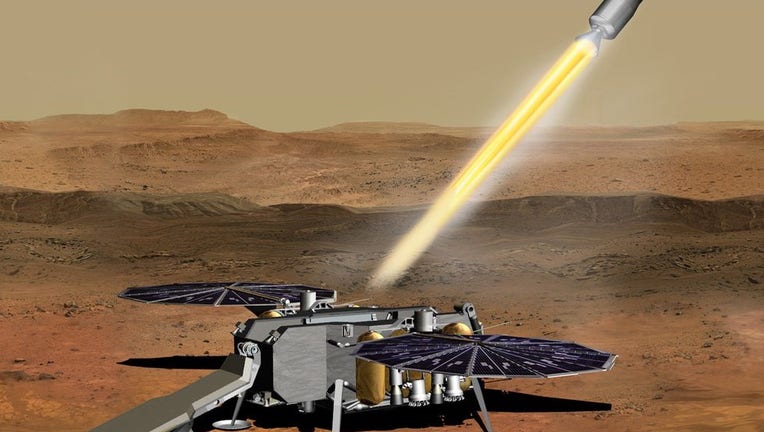 Lockheed Martin will build the Mars Ascent Vehicle, a small rocket that will carry samples from the surface of Mars back to Earth, according to NASA.

The contract with Lockheed Martin launches NASA even closer to having the first robotic round-trip to bring atmospheric samples back from the Red Planet.

"This groundbreaking endeavor is destined to inspire the world when the first robotic round-trip mission retrieves a sample from another planet – a significant step that will ultimately help send the first astronauts to Mars," NASA Administrator Bill Nelson said.

RELATED: International Space Station to retire in 2031, crashing into the Pacific Ocean

The space agency said MAV will face complex challenges along the way, citing it must withstand the harsh environment on Mars.

"We are nearing the end of the conceptual phase for this Mars Sample Return mission, and the pieces are coming together to bring home the first samples from another planet. Once on Earth, they can be studied by state-of-the-art tools too complex to transport into space,"said Thomas Zurbuchen, the associate administrator for science at NASA Headquarters.

The contract Lockheed Martin has with NASA has a potential value of $194 million, according to the space agency.