NASA: Go Forward to the Moon

NASA is going to the Moon and on to Mars, in a measured, sustainable way. Working with U.S. companies and international partners, NASA will push the boundaries of human exploration forward to the Moon. (Source: NASA)

NASA Administrator Jim Bridenstine said that the full $28 billion is needed for the Artemis moon program, designed to return astronauts to the moon by 2024.

The space agency published the Artemis Plan, which will see the first woman land on the lunar surface, as well as the next man. To date, only 12 people, all Americans, have landed on the moon.

“With bipartisan support from Congress, our 21st century push to the Moon is well within America’s reach,” Bridenstine said in a statement. “As we’ve solidified more of our exploration plans in recent months, we’ve continued to refine our budget and architecture. We’re going back to the Moon for scientific discovery, economic benefits.

"As we build up a sustainable presence, we’re also building momentum toward those first human steps on the Red Planet,” he added. 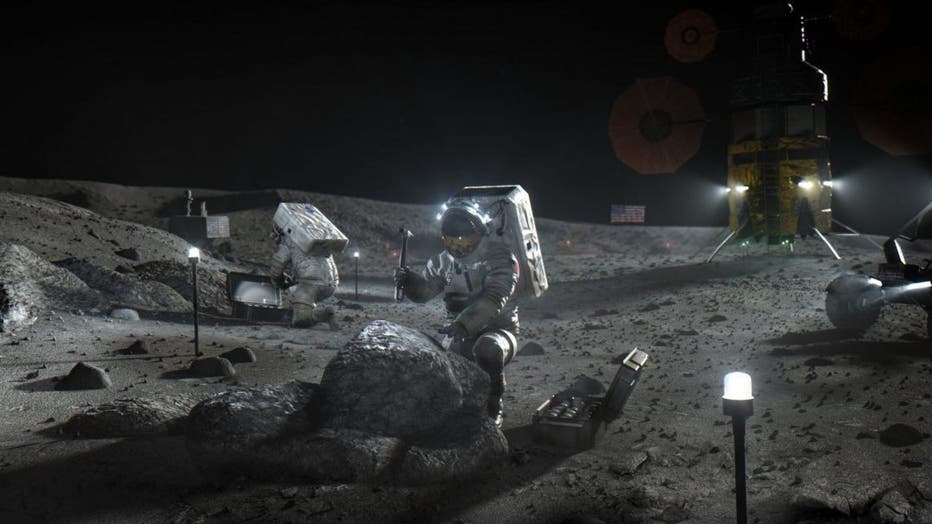 Of the $28 billion NASA is asking for through fiscal 2025 for the "phase 1" part of the program, $7.6 billion is designated for the Space Launch System rockets. Some $16.2 billion is for the "initial human landing system," which includes developing, testing and launching the new lunar landers.

"Our work to catalyze the U.S. space economy with public-private partnerships has made it possible to accomplish more than ever before," Bridenstine wrote in the introduction of the plan. "The budget we need to achieve everything laid out in this plan represents bipartisan support from the Congress." 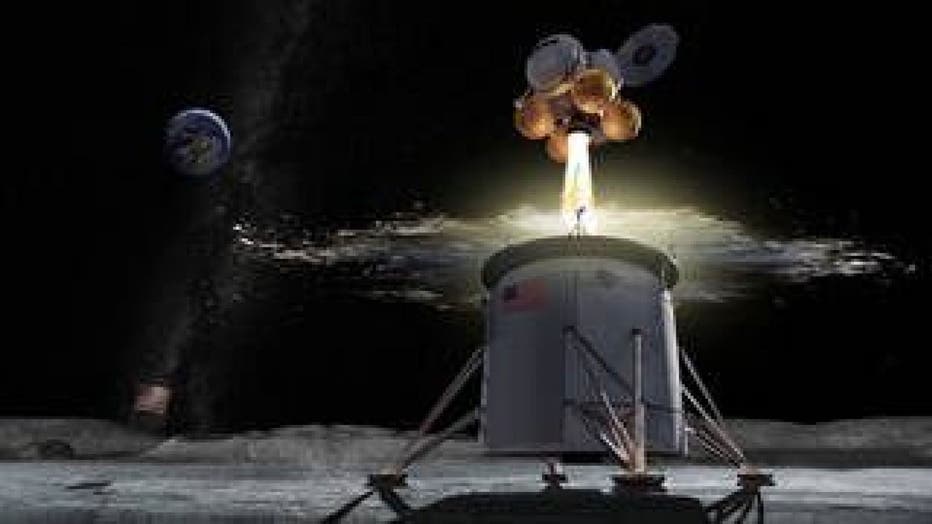 Artist's rendering of an ascent vehicle separating from a descent vehicle and departing the lunar surface. (NASA)

"Following a successful hot fire test, the core stage will be shipped to the agency’s Kennedy Space Center in Florida for integration with the spacecraft," the space agency wrote in the post. "NASA will launch an SLS and an Orion together on two flight tests around the Moon to check performance, life support, and communication capabilities. The first mission – known as Artemis I – is on track for 2021 without astronauts, and Artemis II will fly with crew in 2023."

Artemis III, happening in 2024, will be the mission to return to the moon.

In January, Congressman Kendra Horn, D-Okla., proposed a bill to urge NASA to consider a 2028 deadline for putting U.S. astronauts back on the moon in order to boost the space agency’s long-term plans for crewed Mars exploration.

RELATED: 'On our way to Mars': NASA rover will look for signs of life

NASA’s Artemis program aims to land American astronauts on the moon by 2024 and establish a sustainable human presence on Earth’s natural satellite.

In 2019, NASA revealed details of its vision for the Artemis Moon Lander that will return American astronauts to the lunar surface.

Initial mission capability for 2024 involves landing two astronauts on the moon’s South Pole. Astronauts will live and work out of the lander for six and a half days, according to NASA.

Longer-term, the lander will need to transport four people to the lunar South Pole.