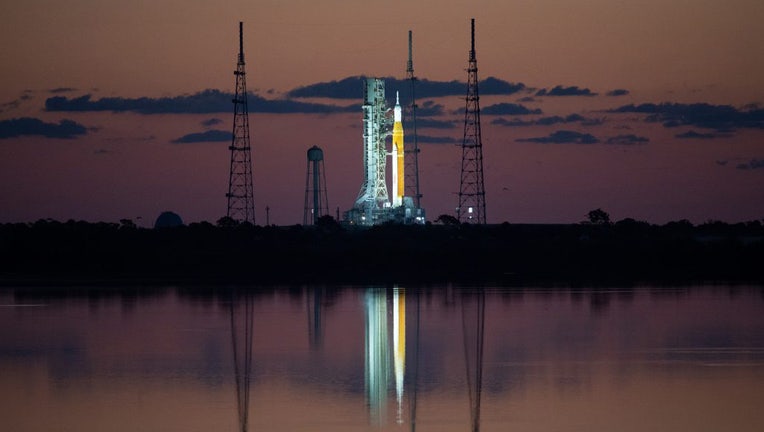 NASA’s Space Launch System (SLS) rocket with the Orion spacecraft aboard is seen at sunrise atop a mobile launcher at Launch Complex 39B, Monday, April 4, 2022, as the Artemis I launch team conducts the wet dress rehearsal test at NASA’s Kennedy Spac

CAPE CANAVERAL, Fla. - A series of technical issues that popped up during the dress rehearsal for the Artemis I moon rocket program has forced NASA to put a hold on the test until at least the weekend.

During a briefing on Tuesday evening, NASA officials weren’t overly concerned with the technical issues and labeled the incidents "nuisance" and stressed they have found no design flaws with the rocket or the mission itself.

The postponement of the dress rehearsal will allow the Axiom-1 mission to become the main focus for NASA with the hopes that the SpaceX rocket will launch from the Kennedy Space Center on Friday.

The mission will mark another first in space travel, with three members aboard the SpaceX rocket being the first paying customers to do dock at the International Space Station.

Once the rocket lifts off from launchpad 39A, that will give the green light for experts to restart Artemis' wet dress rehearsal if the technical issues have been worked out.

Artemis Launch Director Charlie Blackwell-Thompson said the next wet dress rehearsal would not start from scratch and would take around 36 hours to complete. 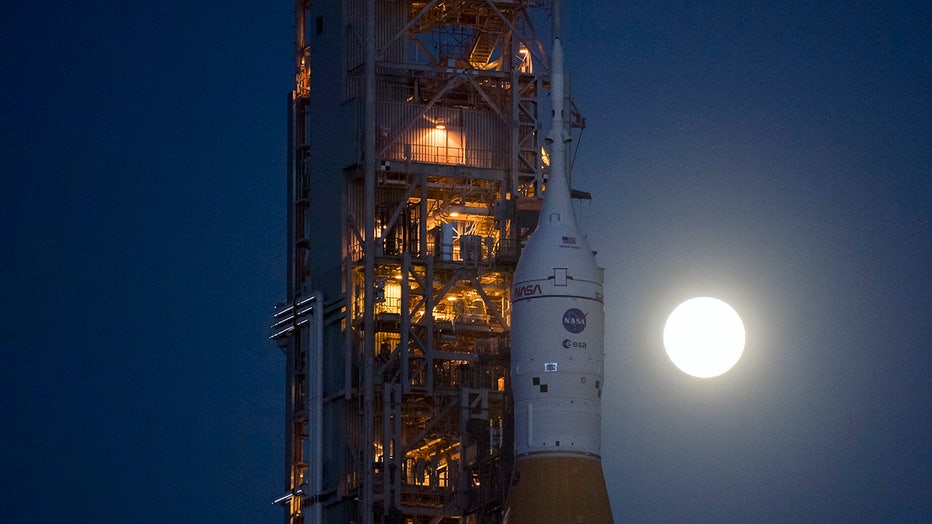 The Moon is seen rising behind NASA’s Space Launch System (SLS) rocket with the Orion spacecraft aboard atop a mobile launcher as it rolls out to Launch Complex 39B for the first time, Thursday, March 17, 2022, at NASA’s Kennedy Space Center in Flori

WATCH LIGHTNING STRIKE NEAR A MASSIVE SPACE ROCKET IN FLORIDA

The massive test would include loading more than 700,000 gallons of propellants into the rocket but stop short of firing the engines of the Space Launch System rocket.

NASA officials did not say whether the delays with the dress rehearsal would impact the timeline of an actual launch of the spacecraft that was tentatively planned for June.

The Artemis program is expected to return astronauts to the moon by 2025 and could even lead to human exploration of Mars by 2040.