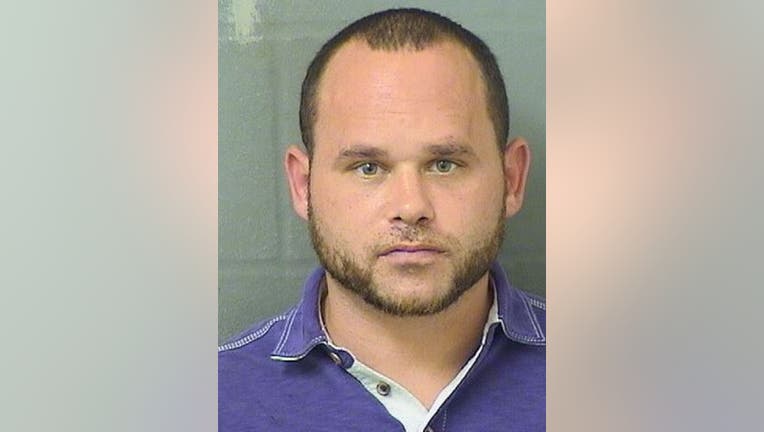 DELRAY BEACH, Fla. - A Delray Beach man is behind bars after authorities say he repeatedly stabbed his landlord's dog and slashed its neck.

The Orlando Sentinel reports that the attack happened on Monday night at a home on Sherwood Blvd. Kimberly Armstrong, the dog's owner, reportedly told police that she was lying in bed when she heard her dog, Shiloh, yelping. When she opened the door, she says she saw blood.

According to the Orlando Sentinel, Armstrong saw Mizrach walking around naked covered in blood. When police arrived, they say they found blood trails around the house and inside the bedroom that Mizrach rented. They also say they found a bloody knife in the kitchen sink.

Mizrach was arrested. Police say that during his arrest, he told them that he “did not mean for this to happen.”

Shiloh was taken to the animal hospital with deep cuts to his neck near his carotid artery and jugular vein, the Orlando Sentinel reports. Shiloh underwent surgery, but his condition has not been released.

Mizrach is being held without bond. According to WPTV, he has been ordered to undergo a mental health evaluation.