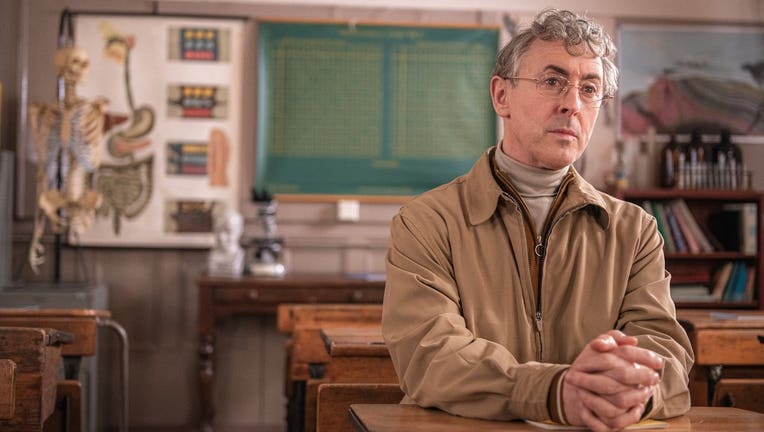 Chicago - The most charming moment in "My Old School" comes right at the very end, when one of the interview subjects suddenly looks behind the camera to tease the director, who it turns out is one of her old classmates. Though this upbeat documentary centers on an unbelievable real-life hoax that took place in Scotland in the mid 1990s, it also captures a feeling that’s far more relatable: The fun of gathering all your old friends together to discuss the wildest thing that happened during your time at school.

Only in this case, the wildest thing to happen at Bearsden Academy was enough to garner national attention — and the interest of one burgeoning movie star.

About "My Old School": A scandal revisited

It’s a decision made partially out of necessity (Lee refused to appear on camera) and partially as a stylistic choice. The nuts and bolts of this story could fairly easily be condensed into a 10-minute news report, but director Jono McLeod leans into the quirky, surreal side of this quirky, surreal tale. This chipper, pop-infused documentary spends a full 45 minutes just laying out the mundane details of Lee’s time at Bearsden Academy through lighthearted interviews with his peers before finally revealing Lee’s secret and then revisiting those stories through a new lens. 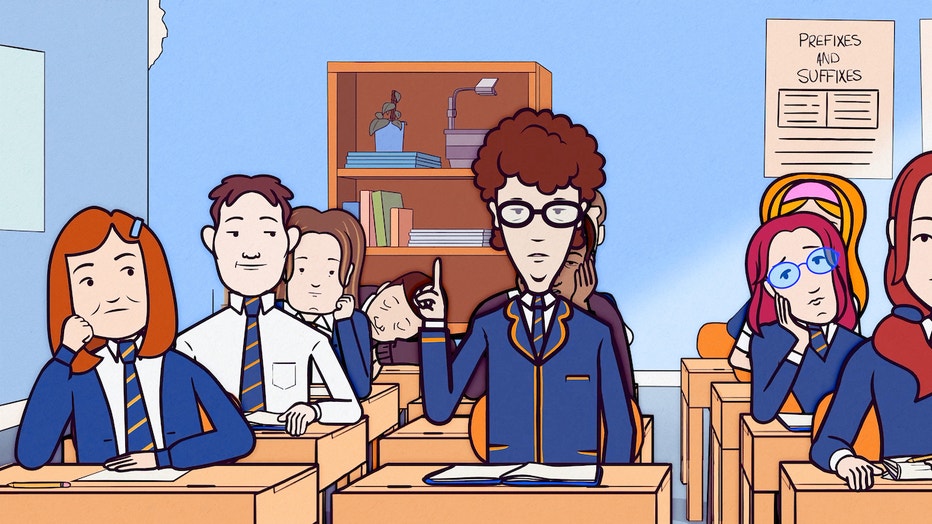 It’s a structure that could prove frustrating for those who prefer their documentaries to cut to the chase — or those yearning for a deeper examination of the film’s central figure. Though Lee starts to show his true oddball colors in the film’s second half (at one point he casually claims to have mind control powers), the documentary largely positions him as an inherently enigmatic figure, never delving too deep into what drove him to take such extreme measures in his life.

Instead, befitting his own role in this peculiar story, McLeod is more interested in the wider school ecosystem around Lee and the way the students of Bearsden Academy viewed their unusual classmate — both before and after the truth came out. The film sparkles based on the charming chemistry of its talking head interviews, where old school friends, now in their mid 40s, are paired together to collectively recount details of the past. It’s fun to watch old memories suddenly unlock as one interviewee reminds the other of a strict teacher’s nickname or a strange classroom ritual. And it’s fascinating to see how their views on Lee differ, depending on the role he played in their lives.

WATCH: Tubi’s collection of free documentaries — get the app

Much of "My Old School" is about how formative our high school years are and how desperately we can yearn to recapture the breezy possibility of youth. And while Lee’s story connects to those themes in a particularly unique way, McLeod understands it’s a universal idea too. There’s an unexpectedly moving montage towards the end of the film that simply juxtaposes old school pictures of Lee’s classmates with their present-day lives, capturing all the different paths a group of students can take once they leave the cocoon of secondary school.

Make it a double feature with "Sing Street," streaming free on Tubi

Sing Street (2016): John Carney (the force behind the marvelous romance "Once") turns in another gem of a musical in this 2016 coming-of-age story, which boasts a terrific cast and a score that will stick with you — particularly "Drive it Like You Stole it," which is what you might call an immortal bop. Rated PG-13. 106 minutes. Dir: John Carney. Featuring: Ferdia Walsh-Peelo, Lucy Boynton, Maria Doyle Kennedy, Jack Reynor.

"Sing Street" is streaming free on Tubi — get the app

How to watch "My Old School"

"My Old School" opens in select theaters starting July 22, with more markets to come. It is not currently available to stream.