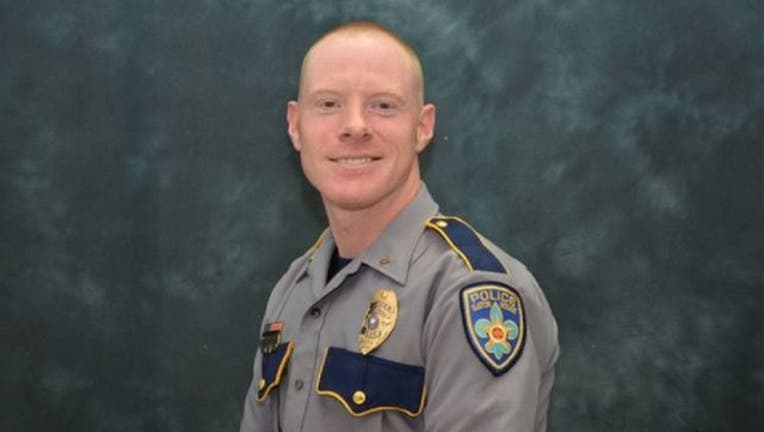 FOX NEWS - A Louisiana police officer who survived being shot in the face last year died Friday when a pickup truck plowed into his motorcycle during a funeral procession.

Baton Rouge police Cpl. Shane Totty was a new dad to a baby girl and was planning his wedding when the truck pulled out of an apartment complex and struck him, reports said.

"BRPD Cpl. Shane Totty, 31, succumbed from his traffic crash injuries late this afternoon at a local hospital. Please continue to keep the Totty family and our department in your prayers,” the Baton Rouge Police Department said on its Facebook page.

The identity of the truck driver was not released as of Friday night. Authorities did not say whether charges would be filed.