A Central Florida mother is in critical condition after being shot during a home invasion on Friday morning. The three suspects are on the run.

WINTER PARK, Fla. - A Central Florida mother is in critical condition after being shot during a home invasion on Friday morning. The three suspects are on the run.

The Seminole County Sheriff's Office said around 12:38 a.m., deputies responded to Bennington Court in unincorporated Winter Park and found a woman on the ground near the front of the home with a gunshot wound. The woman's 15-year-old and 5-year-old sons were home at the time.

According to the mother's 15-year-old son, three unknown male suspects broke into their home through a side window. He said the suspects hit him in the back of the head and shot his mother, then ran away. 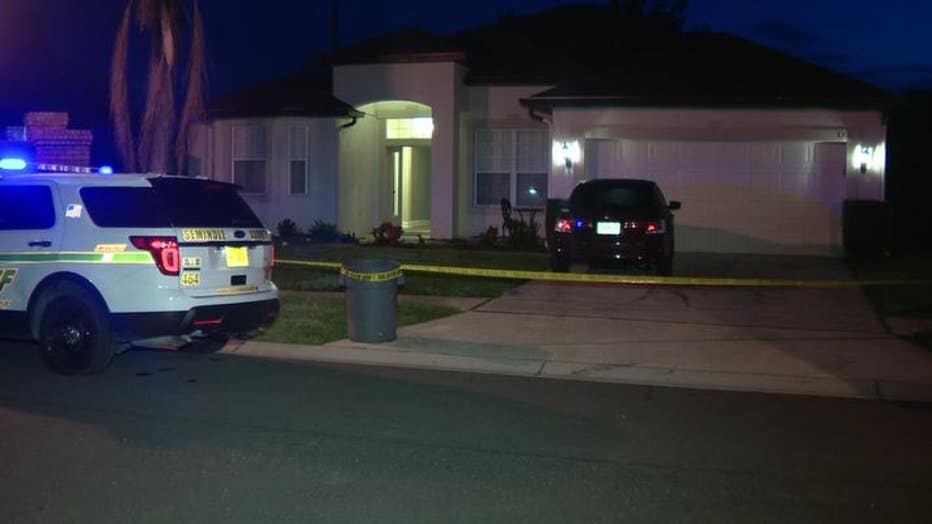 The mom was taken to the hospital in critical, but stable condition, authorities said. The teen had minor injuries. The five-year-old boy was not hurt.

Deputies believe this is an isolated incident and not a random act of violence. The investigation is ongoing.

Neighbors said they were shocked at the apparent violence in what is typically a peaceful and quiet neighborhood.

"We've been here 15 years, a very quiet neighborhood. I'm a retired firefighter, and it's peaceful," said John Rushton. He said he didn't hear anything overnight.

Isabel McMillan said she's lived in the neighborhood for 10 years and it's quiet and peaceful.

"It is surprising, it's a surprise for me, it's a shock for me also that it happens like that. We're supposed to live in a peaceful neighborhood, but I don't know what's going on really," she said.