A pet monkey was stolen from a vehicle at Cub Foods Tuesday, and its owner is offering a reward for Coco's return.

MAPLEWOOD, Minn. (FOX 9) - A pet monkey is missing, after reportedly being stolen from inside a vehicle in Maplewood Tuesday night.

Maplewood Police say officers responded to the Cub Foods on White Bear Avenue around 8:30 p.m. Tuesday on reports of a vehicle theft. Investigators say the person caring for the monkey left her inside the car while they went in the store, and when they returned the monkey was gone. 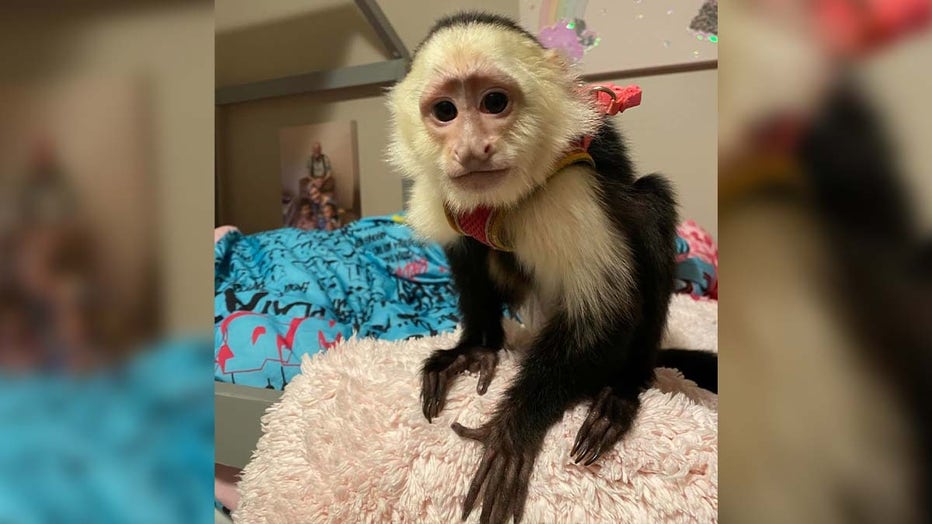 Coco, a capuchin monkey, was stolen from a vehicle at Cub Foods in Maplewood on April 5. (Zaurice Steward)

According to the monkey’s owner, Zaurice Steward, her two-year-old Capuchin monkey was under the care of a family member when the incident happened.

"I kind of felt like I failed as a parent, even though this didn’t happen under my care," said Steward. "I know she’s terrified."

Steward says the monkey, named Coco Chanel, is on a special diet and requires unique responsibility. She worries the person who took her doesn’t understand how to care for an exotic animal.

"I’m worried for her safety," she said. "You can google certain stuff but you have to know her."

Steward said she was notified of a possible sighting at the Maplewood Mall Wednesday, giving her hope that Coco Chanel is unharmed. She believes the people who took her are financially motivated, so she’s already raised money for a reward.

"Just contact me. I’m willing to pay for my baby. I just want her back home."

While keeping a monkey as a pet is illegal in Minnesota, Steward currently lives in Wisconsin where it is legal.

Anyone with information on Coco's whereabouts can contact Maplewood Police Lt. Joe Steiner at 651-249-2608 or Joe.Steiner@maplewoodmn.gov.