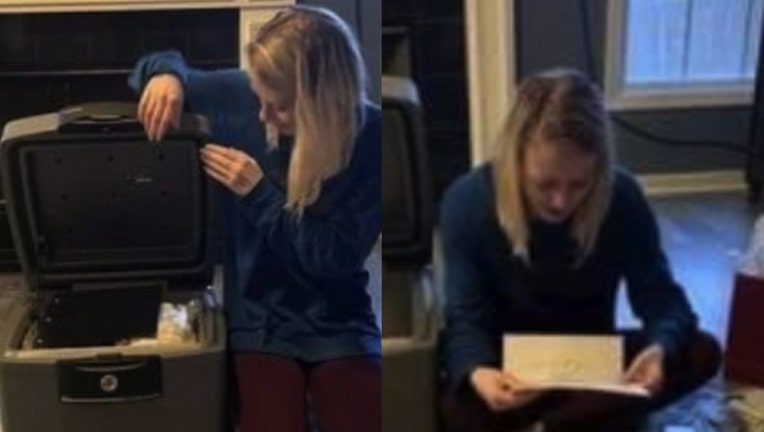 INDIANA - A mother gave her daughter a special gift for her 18th birthday: a time capsule started on her first birthday that included letters from loved ones, some of which who passed on before the gift was even opened.

Kim Chastain spoke to FOX 35 about where the idea started. As her daughter Gracie’s first birthday approached, she wanted to do something really special but also knew that she would likely not remember whatever it was since she was so young. So, thinking with the future in mind, she decided to do a time capsule.

"I was heartbroken after the fairly recent loss of my grandmother and so saddened that Gracie would never get to know one of the most incredible people in my life and I wondered how many other people Gracie wouldn't remember or ever get to know," Kim said. "I thought if I could get all of our loved ones to write her notes, she would have something to remember them by."

Inside the time capsule were said to be sentimental items like baby clothes, letters from loved ones, a bracelet handmade from Kim’s grandfather, keepsakes from Gracie’s birth year such as coins, magazines, and newspaper, and some other valuable items like savings bonds and jewelry.

"The letters were the most special as many were from relatives who have since passed," Kim added.

Fast-forward 18 years and Kim was ready for Gracie to have it, explaining that "I chose to have her open it when she turned 18 because I knew that would be her senior year and she would be graduating high school and starting her adult life soon and it would be a special send-off gift for her."

Kim said that she left the time capsule on the counter all day before her birthday party.  The actual capsule itself is a fire-proof safe so her daughter asked why a cooler was on the counter. Little did she know that she had a surprise in store. 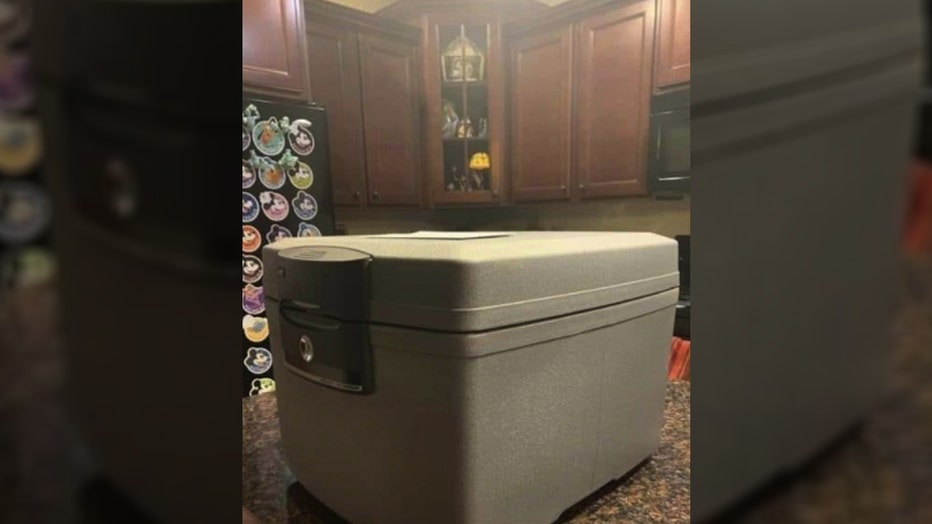 "Later, when she discovered what it was, she was excited and a little overwhelmed when she opened it. She had no idea that I had done this and it had been hiding all these years," Kim said. "I was overwhelmed myself when she opened it. Reading the letters from my grandparents and great-aunts who have passed made us all emotional. I was glad I had done it and grateful for the experience it gave her."

Gracie is a singer, dancer, and performer, her mom said. She helps run her family’s dance studio, the ‘Brownsburg Ballroom Dance Studio’ in Indiana. Her mom said that it has been Gracie’s dream since she was six-years-old to perform at Disney. When she graduated in June 2020, her family intended to move her to Florida to pursue a career at Walt Disney World but COVID-19 hit Central Florida and closed the parks down for a few months.

While the parks have since reopened, Kim told FOX 35 that no auditions for performers in her field have opened up until recently and they were at Disneyland Paris. So, Gracie flew over to Europe to try out.

"She made it and we are all ecstatic," Kim said. "Although we are well aware current events could potentially mess up her plans again, she is hopefully finally able to start her career for Disney in the next three to six months."

She added, "we are all beyond excited and can't wait for her to finally be able to work at her dream job."

Meanwhile, Kim said that she actually has another time capsule ready to give her other daughter, Kadence, when she turns 18 in November.