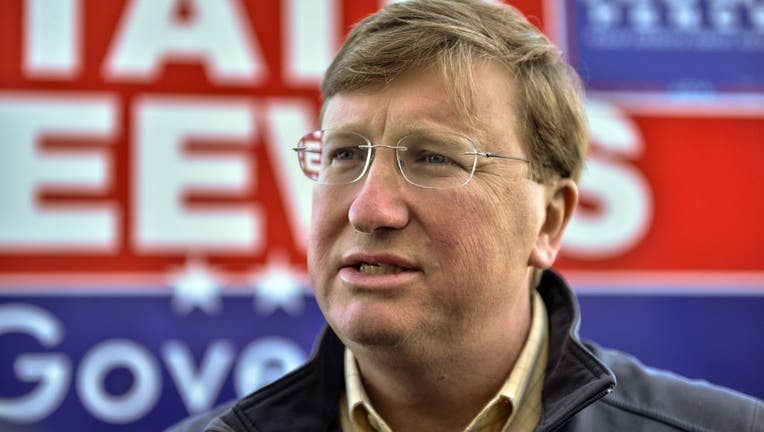 JACKSON, Miss. - Mississippi Gov. Tate Reeves is defending his decision to again name April as Confederate Heritage Month, nearly two years after he signed a law retiring the last state flag in the U.S. that featured a Confederate battle emblem.

The Republican governor signed a proclamation without fanfare Friday. It does not mention slavery — the defense of which was Mississippi's stated reason for trying to secede from the U.S.

In response to a question at a news conference Wednesday, Reeves said he issued a Confederate Heritage Month proclamation "in the same manner and fashion that the five governors that came before me, Republicans and Democrats alike, for over 30 years have done."

"And we did it again this year," Reeves said. "Didn't think this was the year to stop doing it."

Mississippi has taken steps in recent years to distance itself from symbols of the Confederacy, including removing some monuments, with critics saying the images glorify racism in a state where nearly 40% of residents are Black. In June 2020, Mississippi legislators voted with bipartisan support to retire the Confederate-themed state flag, and voters that November approved a new flag featuring a magnolia. 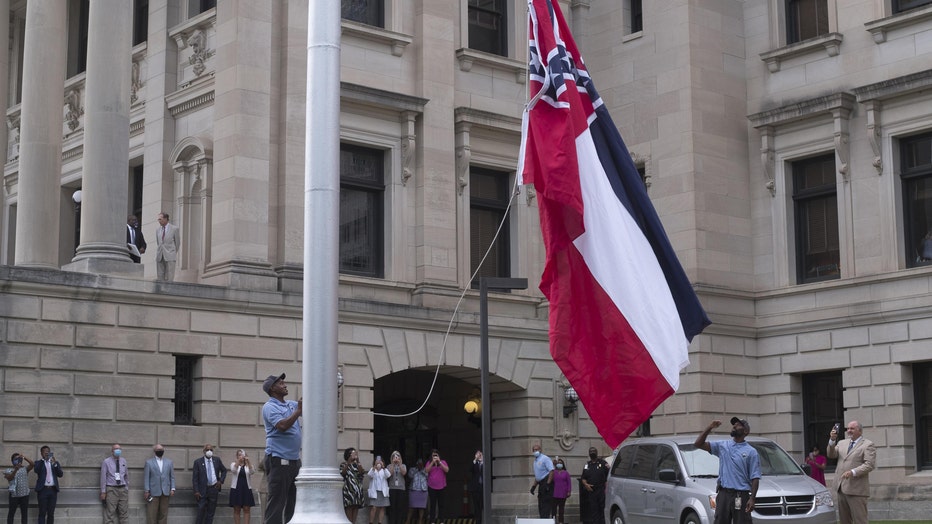 Reeves's office did not announce his signing of the latest Confederate Heritage Month proclamation. The Mississippi Free Press was the first to report that a Sons of Confederate Veterans chapter on Monday had a social media post showing it. Reeves has issued a similar proclamation each year since becoming governor in January 2020.

Reeves's proclamation says "we honor all who lost their lives in this war" and "it is important for all Americans to reflect upon our nation's past, to gain insight from our mistakes and successes, and to come to a full understanding that the lessons learned yesterday and today will carry us through tomorrow if we carefully and earnestly strive to understand our heritage and our opportunities which lie before us."

Mississippi's secession ordinance in 1861 said: "Our position is thoroughly identified with the institution of slavery — the greatest material interest of the world." 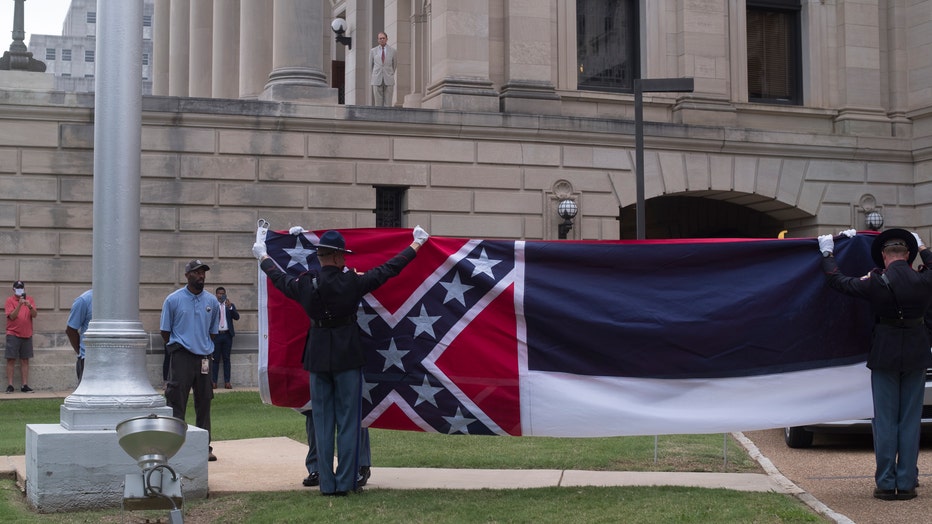 MISSISSIPPI, July 1, 2020 -- Mississippi state flag is lowered from the state Capitol Building during a ceremony in Jackson, Mississippi, the United States, on July 1, 2020. (Photo by Alan Chin/Xinhua via Getty) (Xinhua/ via Getty Images)

Former Mississippi Gov. Ray Mabus, a Democrat who held the office from 1988 to 1992, did not issue a Confederate Heritage Month proclamation, and he criticized Reeves for doing so.

"His ‘Confederate Heritage Month’ proclamation sounds like he’s endorsing critical race theory: learn from the past etc," Mabus wrote Tuesday on Twitter. "Heritage of Confederacy is treason and slavery. We should learn from those things just maybe not in way he imagines."