Family says Vladek Hasel vanished while dad was out of town

Vladek Hasel's family has been searching for him since mid-November. They say he left all of his belongings and cell phone at home and vanished.

ORLANDO, Fla. - Valdek Hasel disappeared in November 2021. His family says he was last seen at their apartment complex near the University of Central Florida.

Hasel's father went out of town and when he returned, all of his son's belongings and his cell phone were still in his room, but he was missing.

Steve Hasel left Orlando for Tennessee on November 5. He hasn’t seen Vladek since that day.

"My biggest fear is that something happened. Wrong place, wrong time, some kind of foul play," Steve said.

The family says 23-year-old Vladek is tough to miss or forget.

"He doesn’t like attention, but he’s a friendly and kind person and I think that stands out to people," his sister, Jodi Hasel, said.

Adopted from Russia at age 5, Vladek grew up in Central Florida.

After graduating from high school, he completed Marine basic training. He was honorably discharged in 2018. 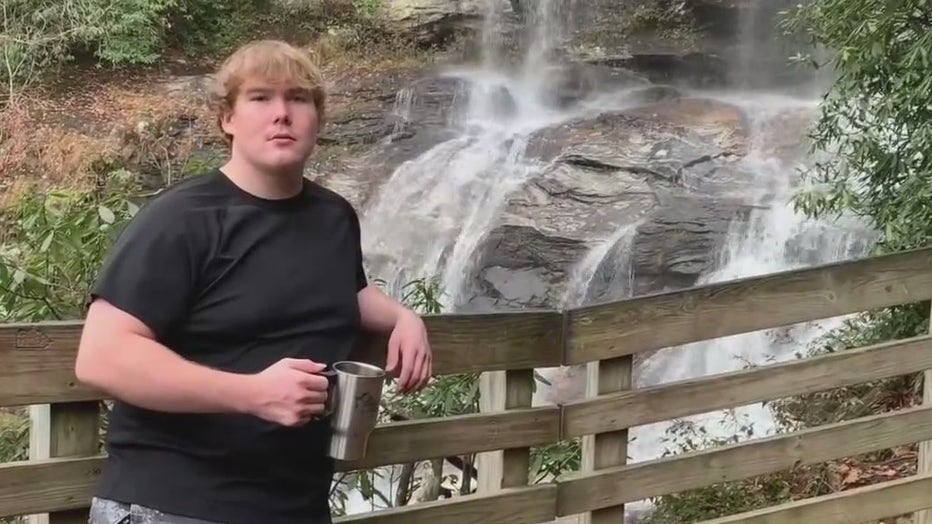 Lately, he’s been living with his dad near UCF.

"I gave him some money for groceries, he had a credit card with a little bit on it so he could survive," Steve said about preparing to leave town.

Now the Hasel family and Orange County investigators are trying to piece together Vladek’s movements after his dad left.

Family member members say Vladek liked to hang out on University Boulevard and go to a lot of the restaurants in the area. Deputies say he used his card at Foxtail Coffee on November 5.

Jodi says the next day, he stopped using his phone.

"He had unread text messages from November 6th forward. He hadn’t used his phone since November 6th," she told FOX 35.

Jodi says the timeline gets a bit confusing after that, but they believe that Vladek was spotted at their apartment complex basketball court on November 12.

They say deputies searched the nearby woods because Vladek liked to hang out in them.

The family says Vladek struggled with depression and talked about going off the grid.

Three months later - alarm bells are ringing in their heads and their hearts.

"If he could have possibly told me he was okay – he would have. He would have reassured me. But he hasn’t," Steve said.

Orange County deputies say they’re still trying to find Vladek and that his case is open and active.

"It’s like he vanished and someday we’ll know what happened. I hope it's sooner rather than later," Steve said.

Vladek’s dad and sister hope someone will see his picture, hear his story, and give them some answers.