In 1980 Jean Vig became stranded and nearly froze to death, but despite the cold she still calls Minnesota home.

(FOX 9) - You'd think someone who nearly died after a close call with extreme cold would have moved somewhere warm, but even after her near death experience Jean Vig still calls Minnesota home.

"It was definitely a miracle that I survived," Vig told FOX 9 of her frigid night.

It was Dec. 20, 1980 – a few months after Vig graduated from high school when she went out to meet some friends near her hometown of Lengby.

While driving home she took a shortcut on an icy gravel road, and her car slid into a ditch. So Vig decided to walk to a friend's house she believed was nearby.

Vig says she walked down the rural road wearing a snowmobile jacket, cowboy boots and thin gloves on a night when the wind child made it feel much colder than the 22 degrees below zero air temperature. 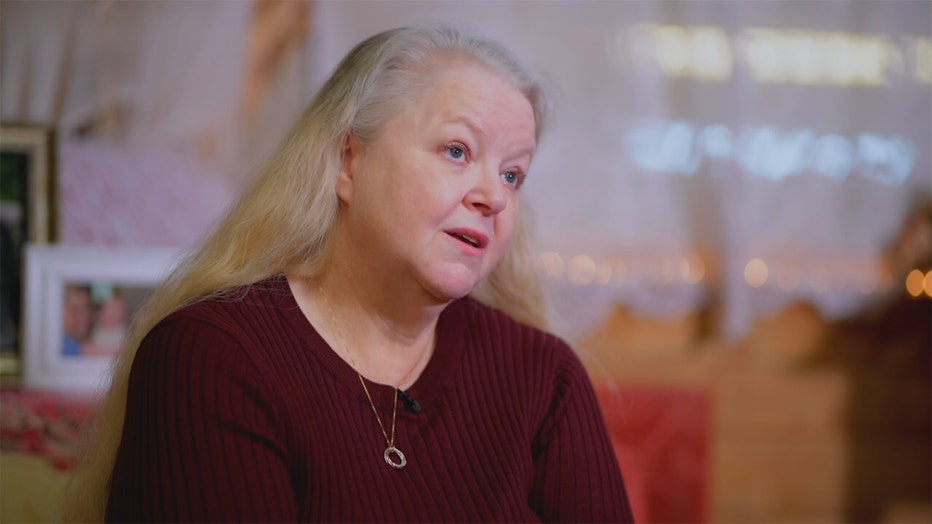 In 1980 Jean Vig became stranded and nearly froze to death, but despite the cold she still calls Minnesota home.

An hour later she finally saw her friend's house through the trees, and that's the last thing she remembers.

"It was like somebody turned out the lights – I just fell asleep," she said.

Six hours later, Vig's friend found her covered in snow in his yard, apparently frozen solid like a block of ice. Her face was pale white and her eyes were frozen open, so her friend put her in a car and brought her to the hospital in Fosston a few miles away.

At the hospital doctors could barely detect a heartbeat and Vig was so rigid they kept breaking needles trying to get them in her arms for an IV. All her caregivers could do is wrap her up in heating pads and wait while a hospital employee started a prayer chain.

"They didn't think I was alive even at the hospital. They thought I was a hometown girl, they knew me, and they weren't going to give up on me right away. But it didn't look good at all," Vig said.

Incredibly, within a few hours Vig woke up and started talking.

"When they got my jeans off and once my tissues started to warm up, I was black from the waist down. When your tissue turns black like that, there's usually no coming back. So they told my parents and my family they didn't think I'd make it, but if I did I would lose both my legs for sure," Vig said.

To everyone's surprise, she made a complete recovery.

In all, she spent seven weeks in the hospital, mostly because doctors wanted to make sure the frostbite on her feet had completely healed so she wouldn't get an infection.

"The first week was tough because I remember being in pain. I felt like I had run a marathon without training," Vig said. "I was kind of stiff and sore, but after that I was fine."

Dr. David Plummer says when people suffer from extreme hypothermia the cold temperature slows down their blood flow and metabolism, reducing their body's need for oxygen.

He says he's handled up to 30 cases similar to Vig's over the last few years with an ECMO machine that pumps a person's blood through a heater to warm their organs from the inside. More often than not, they do recover.

"It's like hibernation. There are species that have perfected that, but we're not one of them," said Plummer, an emergency room physician at HCMC.

At the time Vig's survival story made national news. She even took a trip to New York to be interviewed on the Today Show. Years later, Unsolved Mysteries did a segment on her, shooting recreations of her fateful footsteps in Fosston.

"At first it was kind of exciting, then it was overwhelming. Even after all this time, people still find me, especially after the first cold snap of every year. People find me and they are still talking about it which I think is good," Vig said.

For someone who survived such an extraordinary experience, Vig says she's lived a pretty regular life. She got married and had three kids, eventually moving to Cambridge.

She isn't sure why she was able to give death the cold shoulder, but she's glad she did.

"It's so much a part of me now there are times when I really do think about it when I do interviews and I see the enormity of it – it's just a part of my life so that's just part of who I am," Vig said.