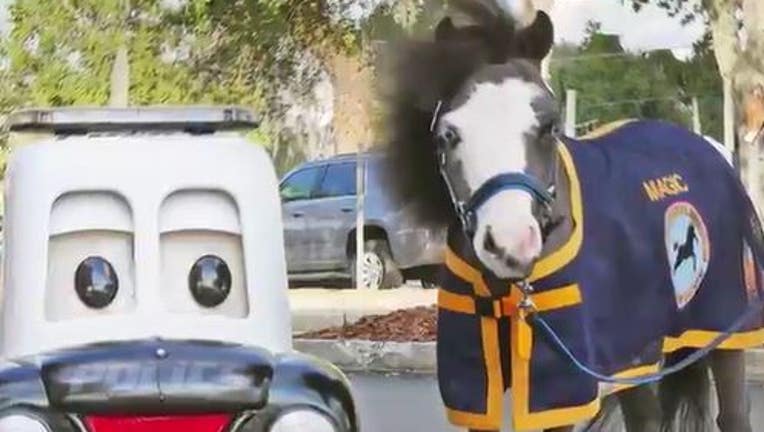 OCALA, Fla. - An atypical horse has earned its stripes after being sworn in as a police officer in the city of Ocala, Florida.

Officer Magic — who stands at two feet tall — was sworn in as an "honorary police officer" by the Ocala Police Department.

Magic has been specially trained to provide emotional support to people in times of need, the department said.

"Magic will help spread goodwill and build relationships between the police department and the community we serve," Chief Mike Balken said. "With her friendly personality and adorable appearance, Magic is sure to be a hit with everyone she meets."

The honorary officer is part of an award-winning nonprofit organization called, Gentle Carousel which visits thousands of adults and children each year inside hospitals, hospice programs, suffering families, veterans, and first responders who have experienced traumatic events.

The event marks the beginning of a partnership between Gentle Carousel and the Ocala Police Department.