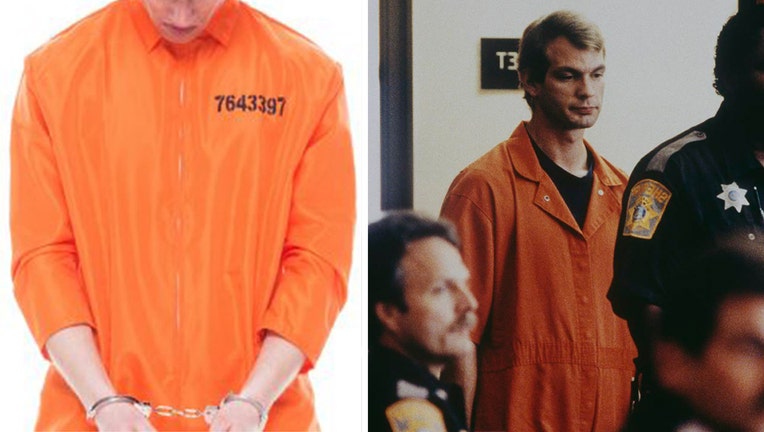 American serial killer and sex offender Jeffrey Dahmer, aka The Butcher of Milwaukee, is indicted on 17 murder charges, men and boys of African or Asian descent, between 1978 and 1991. (Marny Malin/Sygma via Getty Images)

The convicted serial killer targeted the gay male community in the Wisconsin city during the late seventies to early nineties. Dahmer killed 17 men and boys, whose bodies he dismembered and occasionally ate.

Two gay bars in Milwaukee, D.I.X and This Is It, wrote on social media prior to Halloween weekend to warn patrons that Dahmer costumes were banned.

"We are here to have a great time respect everyone and make sure everyone feels welcome and comfortable," D.I.X. wrote in a Facebook post. "No Jeffrey Dahmer costumes at the bar please."

"Mad respect for not allowing Dahmer costume" another wrote.

Another bar downtown is also warning its customers not to show up in a Dahmer costume.

This Is It also posted a Dahmer costume ban on Facebook, saying it has been getting phone calls ever since the Netflix series about the serial killer aired.

"In solidarity, with other Queer establishments, this Halloween weekend, we reserve the right to refuse access to anyone wearing hateful, racist, and otherwise disrespectful costume choices." This Is It wrote in a post on Facebook. "This includes anyone dressed as Dahmer."

The bars’ recent concerns comes amid a renewed interest in the deranged killer following the hit Netflix series "Monster: The Jeffrey Dahmer Story."

Online retailer eBay banned any Halloween costumes evoking the serial killer from being sold on its platform.

"These items are banned on eBay and are being removed under our ‘Violence and Violent Criminal Policy,’" an eBay spokesperson told Fox News Digital in an emailed statement.

Many on social media have been vocal about how dressing up as the real-life criminal is wrong, pointing out the insensitivity toward victims’ families.

D.I.X and This Is It did not immediately respond to Fox News Digital's request for comment.