MIAMI - A UPS seasonal employee in Florida allegedly hid packages containing electronics while on the job and later stole them, police said.

The Miami employee, who assisted a full-time driver in unloading packages at several locations, was arrested for stealing packages on two different occasions this week, according to court documents.

Emmanuel Reggin, 18, has been charged with third-degree grand theft for allegedly attempting to steal at least $2,800 in electronic equipment, according to arrest records. 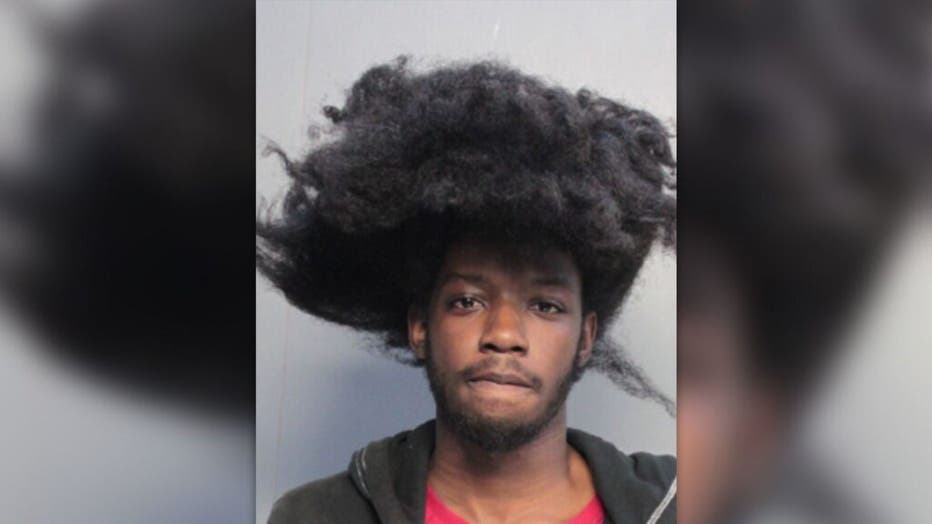 Court documents said the first incident took place on Monday when Reggin was unloading a UPS truck with 5,500 boxes delivered to a Miami Nektova fulfillment center, which, according to its website, is a global distributor of branded consumer electronics.

As he was unloading boxes, Reggin allegedly put three packages under several dumpsters outside the company, investigators said.

The packages contained nearly $2,000 in technology equipment, including two Kindles, an iPad 7 and a Microsoft Surface Pro, according to the affidavit.

The next day, Reggin was working at the Nektova facility again, assisting to unload 2,500 more boxes. When he was unloading on Tuesday, he grabbed three more boxes, court documents said, adding that he had placed one under a dumpster and the two others inside a different dumpster.

A Nektova facility manager was later notified that a package was spotted under a dumpster, according to the affidavit, which added that the manager then checked the rest of the dumpsters and found two more packages.

The packages contained an HP laptop and two Sony PlayStation 4 consoles, court documents said, adding that the merchandise was worth more than $1,000.

On Tuesday evening, Miami police and UPS investigators were at the facility investigating when Reggin drove past the building, according to court documents.

When Reggin noticed police were at the facility, he fled the scene but was stopped several blocks away, investigators said.

Officers searched the car and found two Kindles in the trunk, arrest documents said, adding that Reggin confessed to stealing the packages. He told investigators an iPad 7 and Microsoft Surface Pro were at his Miami home and investigators then went there to get the items, according to court documents.

“UPS is working with law enforcement and the person in question is no longer employed by the company,” UPS spokesman Matthew O’Connor said in a statement to Fox News.

“We’ll defer further comment to the responding authorities,” he added.

UPS hired 100,000 seasonal employees this holiday season, according to O’Connor.

Get updates to this story on FoxNews.com.