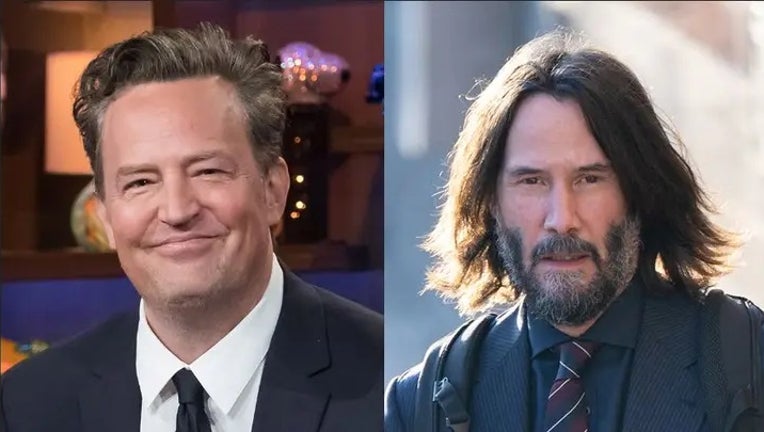 Matthew Perry, left, apologized for using Keanu Reeves' name while writing in the book about how the "really talented guys" die but the "Speed" actor "still walks among us." (Charles Sykes/Bravo/NBCU Photo Bank/NBCUniversal via Getty Images/RB/Bauer-

Matthew Perry this week clarified he’s actually a "big fan" of Keanu Reeves after excerpts of his new book made some believe he didn’t like the actor.

"River [Phoenix] was a beautiful man, inside and out — too beautiful for this world, it turned out," Perry wrote in his forthcoming book "Friends, Lovers and the Big Terrible Thing." "It always seems to be the really talented guys who go down. Why is it that the original thinkers like River Phoenix and Heath Ledger die, but Keanu Reeves still walks among us?"

In another section he wrote of Chris Farley, "His disease had progressed faster than mine had. (Plus, I had a healthy fear of the word 'heroin,' a fear we did not share). I punched a hole through Jennifer Aniston's dressing room wall when I found out."

On Wednesday, the "Friends" actor told People magazine "I'm actually a big fan of Keanu. I just chose a random name, my mistake. I apologize. I should have used my own name instead."

Several celebrities came to Reeves’ defense on social media after the excerpts were released. "personally thrilled that Keanu Reeves walks among us," Rachel Zegler tweeted and Linda Carter wrote "Come on... Keanu Reeves is like one of those frozen cakes. Nobody doesn't like him!"

In his book, Perry talks about overcoming addiction and health scares – including a time when his heart stopped for five minutes – his career and his time on "Friends" and his relationships, among other topics. 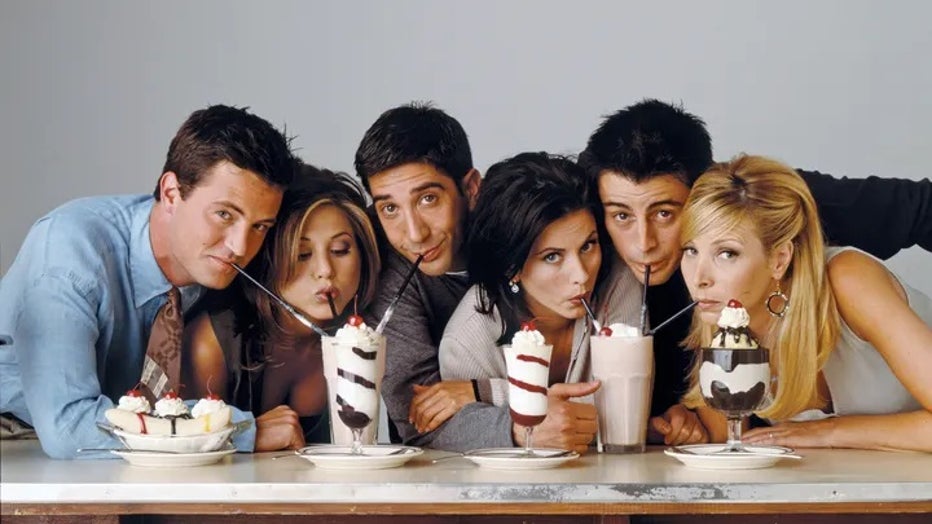 He revealed in the memoir that the "Friends" cast supported him through his addiction – most notably Jennifer Aniston – and that at one point he was taking 55 Vicodin tablets and drinking a quart of vodka a day.

KEANU REEVES IS ‘EMBARRASSED’ BY HIS FORTUNE, GIVES MONEY AWAY, HIS FRIEND SAYS 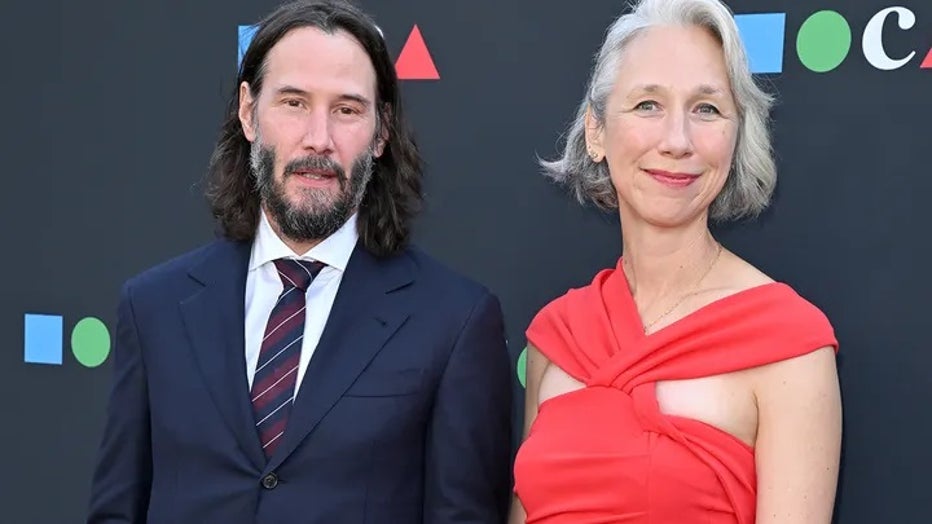 Keanu Reeves and Alexandra Grant attend the MOCA Gala 2022 at The Geffen Contemporary at MOCA on June 04, 2022 in Los Angeles, California. ((Photo by Axelle/Bauer-Griffin/FilmMagic))

"Not only do I have the disease, but I also have it bad. I have it as bad as you can have it, in fact. It’s back-to-the-wall time all the time. It’s going to kill me," he writes in the book, adding "It is very odd to live in a world where if you died, it would shock people but surprise no one."