Residents along Lake Giles in Orlando are reporting a massive fish kill event. They said it smells so bad, that they don't even want to go outside.

ORLANDO, Fla. - Residents along Lake Giles in Orlando are reporting a massive fish kill event.  They said it smells so bad, that they don't even want to go outside.

"It's been overwhelming," said Doris Fry, Lake Giles resident. "It's been shocking how many fish died.

Fry's house backs up to the lake. She said she has lived here for 18 years and has never seen fish dying like this. She is worried about all the wildlife who live on the lake.

"I've been concerned with the massive numbers of dead fish, but also the pelicans, we have two young eagles, we have hawks, cranes, who feed off the fish.

The City of Orlando said that on May 2, contractors put aluminum sulfate into the lake which led to the massive fish kill. Crews have been out on the lake all morning bagging up the dead fish and hauling them away. 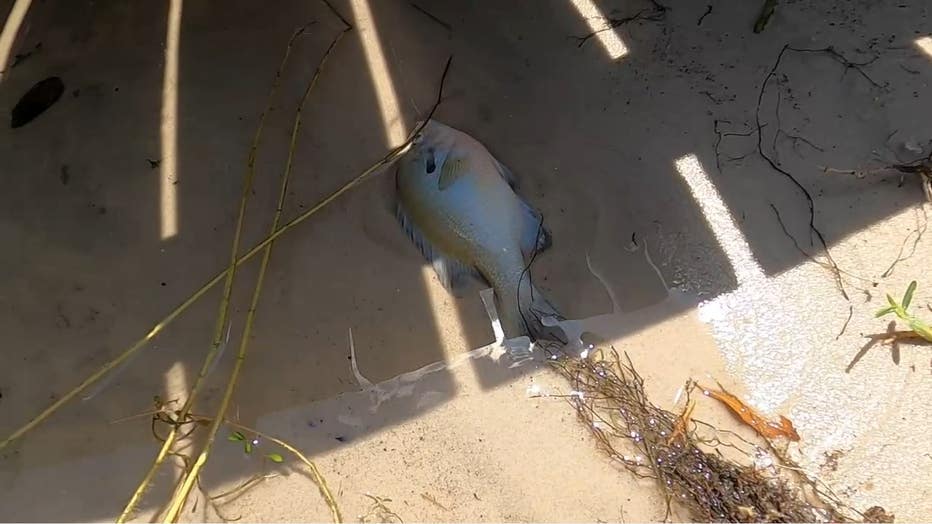 The city said it contracted with the company Environmental Research & Design. Their employees have also been working to clean the lake, which residents say is the heart of their community.

"I think they have to fully restore the lake, replenish it with new fish, and give the lake back to the owners here the way it used to be," said Astrid Lannes, Lake Giles resident.

The city said it is working with contractors to find out why this happened and to make sure it doesn't happen again. All treatments of the lake have been halted until further notice.