Marion County deputies say a man was caught on video chasing dogs in the backyard of a home in rural Ocklawaha. He caught one, an old English bulldog puppy named Bo, and they disappeared.

OCKLAWAHA, Fla. - Marion County deputies say a man was caught on video chasing dogs in the backyard of a home in rural Ocklawaha. He caught one, an Olde English Bulldogge puppy named Bo, and they disappeared.

Snyder, says she rescues and also breeds dogs. She says it's terrible that someone would do something like this. "I feel vulnerable, I feel exposed," she said, "it's really hard raising these dogs for them just to be taken."

Snyder says it's not the first time her dogs have been stolen. "They took three bulldogs last time, in February." 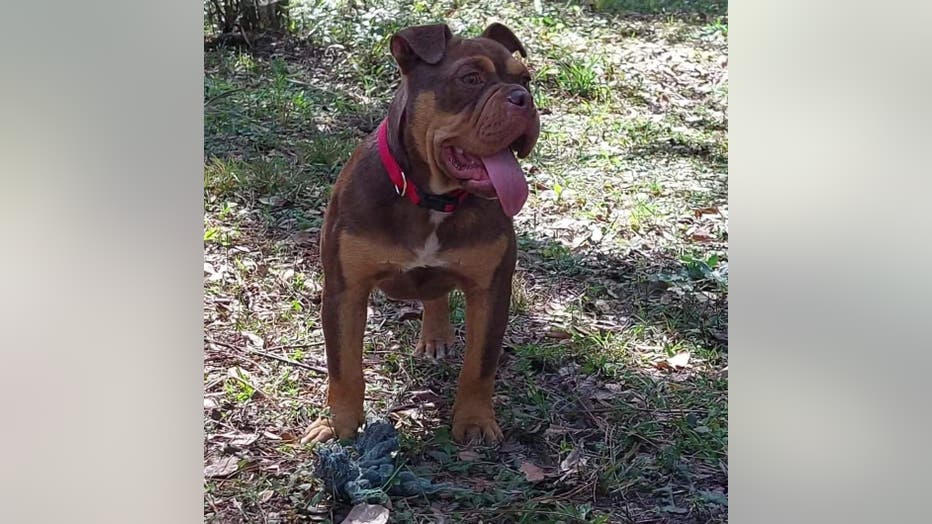 Snyder says investigators haven't recovered those dogs yet, either. She says it's time to leave this area. "I'm moving, I'm moving," she said, "I can't do this, anymore."

Deputies say the Bo is worth about $3,500 and ask anyone who knows anything about the theft to call Ocala Crime Stoppers at 352-368-STOP for a possible reward. Snyder has a message for the thief.

"You're never gonna get the money he's worth, and I'll give you more than what he's valued for," she said, "I just want my dog back."