The Orlando Police Department arrested a SunRail security guard after it said he punched a man in the face after he suspected the man was drinking alcohol at the station.

ORLANDO, Fla. - A man who Orlando police say was attacked by a security guard at a SunRail station spoke out about the incident Sunday.

He showed FOX 35 his injuries: A deep gash on his chin, as well as bruises and scratches on his face and forehead.

According to Steven Spaugh’s arrest report, the incident happened Thursday evening at the SunRail station on West Livingston Street.

The victim says he was trying to buy a train ticket to go home from work when Spaugh yelled at him from across the tracks to empty his plastic cup.

The victim said the cup was a sweet tea from Taco Bell.

“[He said] 'Hey, there’s no drinking on the premises!' I put my cup in the air and said, 'This is not a drink. This is sweet tea.”

The victim says Spaugh then stopped him as he was crossing the path to the other side of the platform, which is on the train tracks. 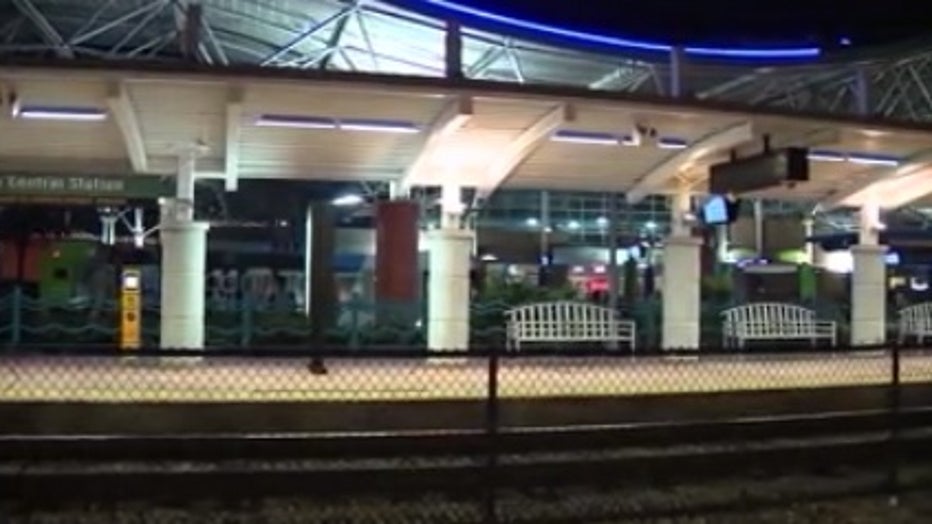 “He met me in the middle of the tracks. I tried to get around him. He stepped around me and kept chest-bumping me,” the victim said. “He tried to grab me, I snatched away, and that’s when he sucker-punched me with the handcuffs.”

The victim said the scuffle ended in a dangerous situation, both men down on the train tracks.

Police later arrived and arrested Spaugh for aggravated battery with a deadly weapon.

The Florida Department of Transportation, which oversees SunRail, said Spaugh is employed by a private security company contracted by the state.

A spokesperson issued the following statement:

“FDOT expects all SunRail contractors to conduct themselves professionally and in a manner that is in the best interest of the public and SunRail customers. Upon learning of the incident, FDOT immediately began reviewing the incident and will hold the firm and its employees accountable following the review.”

The victim says he will continue to take SunRail because that is how he gets to and from work. However, he says he fears running into Spaugh again.

He hopes this does not happen to anyone else.

“I just hope they get better security that will protect the people instead of hurt the people,” he said.