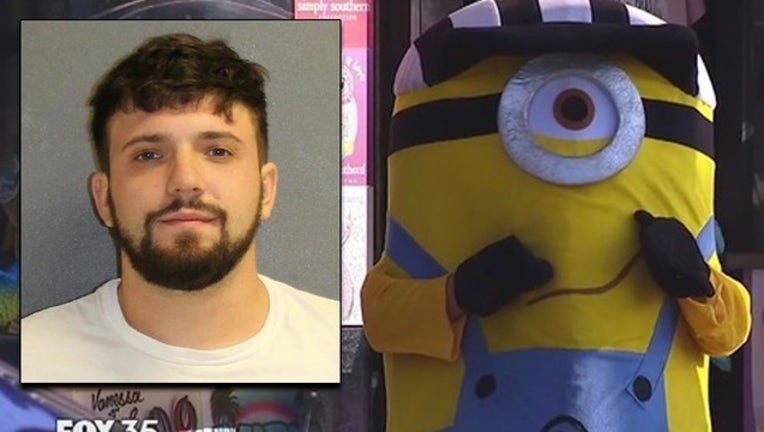 DAYTONA BEACH, Fla. (FOX 35 WOFL) - A man has been sentenced to ten days in jail for attacking a blind and handicapped man dressed as a minion in Daytona Beach.

The Volusia County Sheriff's Office says that 26-year-old Ryan Nihart was adjudicated guilty to misdemeanor battery and criminal mischief for a crime he comitted in July 2018. He was sentenced to 10 days in the Volusia County Branch Jail, followed by 12 months of supervised probation.

Nihart, who claims to be a social media star, reportedly attacked a 41-year-old blind and handicapped man. The victim was dressed as a 'Minion' from the 'Despicable Me' movie and standing outside of a store in Daytona Beach.

Nihart has also been sentenced to pay restitution for the damaged suit and enroll in a moral recognition therapy course as part of his year-long probation sentence.