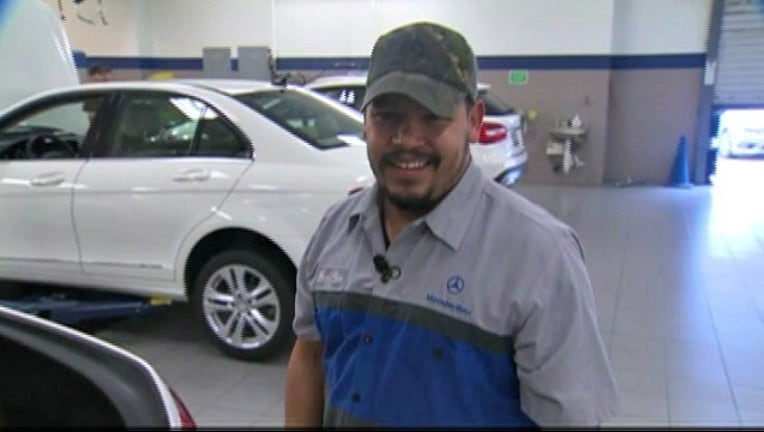 Juan Ibarra finds $50,000 in the trunk of Mercedes Benz

FORT WORTH, Texas - A service worker at a Texas car dealership finds a trunk full of cash and does the right thing.

Juan Ibarra, a 10-year employee at Park Place Motorcars, was caught off guard and said he “jumped back like he saw a snake” when he opened the trunk of a Mercedes-Benz.

Without hesitation, Ibarra immediately took the money to one of his bosses.  “The money never belonged to me so I didn't think about keeping it. You're caught in that moment. You want to do the right thing. That's just…I got stuck on that,” Ibarra said, adding that at no point did he considered taking the money for himself.

The dealership managed to track down the money's owner, a bail bondsman who received the money from a client.

“I was really proud of Juan for not even…there was a lot of temptation there…for him wanting to find the rightful owner was really great for us as a company,” George Johnson, the general manager of the dealership, said.

The bondsman was extremely grateful to be reunited with the money, and sent Ibarra a thank you card with some cash inside.