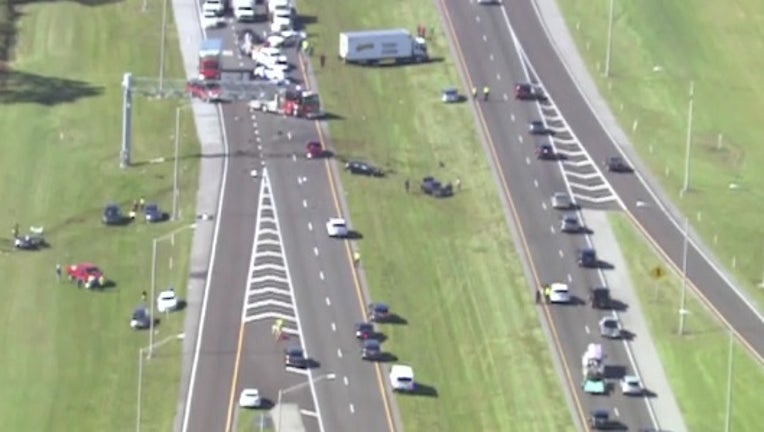 ORLANDO, Fla. - The northbound lanes of State Road 417 were blocked Tuesday morning after a major crash.

The crash was reported about 9:30 a.m. near Lake Nona Blvd. According to Tele-Traffic, the crash involved at least 9 cars with a rollover.

Traffic was backed up to before Exit 17B, Boggy Creek Road. Drivers were advised to take Narcoossee Rd to access SR-417.

Injuries involved in the crash were not immediately confirmed.