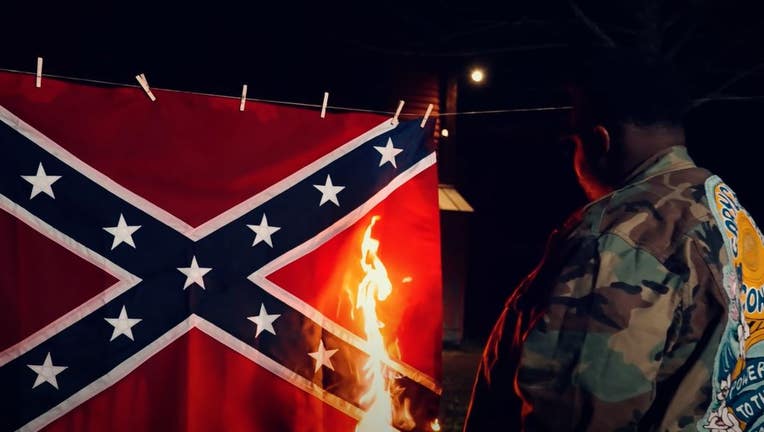 Gary Chambers, a Baton Rouge community activist and Democrat, is seen hanging a large Confederate battle flag on a line with clothespins before dousing it with fuel and setting it ablaze.

"We must burn what remains of the Confederacy down," Chambers says in a voiceover as he condemns a system that is "producing measurable inequity," for Black people, including high rates of poverty and low access to health insurance.

The ad comes three weeks after Chambers' last major ad, which showed him smoking marijuana. In that ad, Chambers, who is Black, decries racial disparities in arrests for the drug.

Chambers says in the ad that gerrymandered election districts keeping Black voters underrepresented are "a byproduct of the Confederacy."

Chambers is one of two Democrats who have announced plans to challenge incumbent Republican Sen. John Kennedy this year. The other is former Navy pilot Luke Mixon.