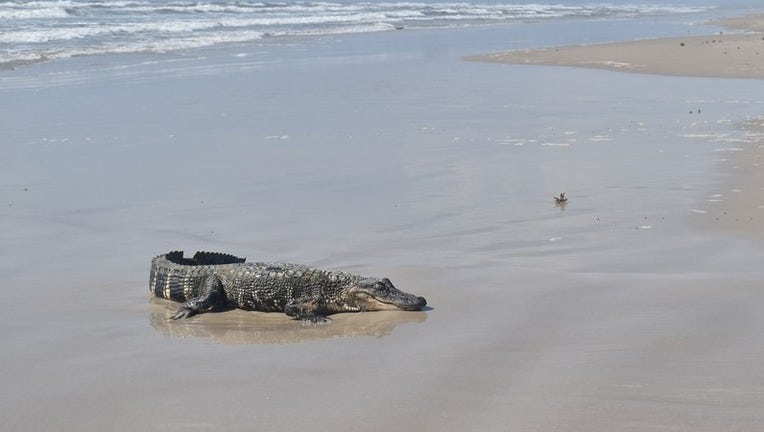 In an unusual spin from "Jaws," the gator showed up on May 24 on Malaquite Beach, about 25 miles southeast of Corpus Christi, Padre Island National Seashore officials said in a Facebook post.

National Park Service rangers found it and checked its tail notch and tags on its rear feet to determine it had come from Louisiana.

TRENDING: Florida woman who saw 'baby dinosaur' running through yard says this is what it was

Rangers took it to a rehabilitation center to recover from its journey.

In an update from the Texas Sealife Center, the American alligator is doing better after arriving in poor condition.

"Upon arrival he was dehydrated underweight and in critical condition. We were happy to report that with treatment over the last few days his status been has been upgraded to good," the center wrote on Facebook. "In addition to addressing his medical concerns, we discovered metal tags attached to both rear feet. Upon further investigation and consultation with Texas Parks and Wildlife and Louisiana Department of Fish and Wildlife it was determined he had been released as part of a research project in Vermilion Parish in Louisiana 6 weeks ago.

We suspect that due to the heavy rains over the last few weeks, this may have contributed to his long trek to the South Texas coastline. He will remain at the Texas Sealife Center until he is deemed healthy enough to be released."

While alligators can tolerate saltwater for a few hours or even days, they are primarily freshwater reptiles living in swampy areas, rivers, streams, lakes, and ponds, according to a National Oceanic and Atmospheric Administration website.