It was a reunion that was years in the making. Aleksandr Murga, from Longwood, made his way to Poland last week to pick up his sister who fled from Ukraine.

LONGWOOD, Fla. - It was a reunion that was years in the making. Aleksandr Murga, from Longwood, made his way to Poland last week to pick up his sister who fled from Ukraine.

"I’ve seen things that no one else should see," said Murga.

Finally,: a huge win for his family. He was able to help his sister secure a visa at the U.S. Embassy to come to the United States.

"She was never able to get a visa before. She tried three times, and she was declined but this time we got it, so we got lucky," said Murga.

She had to leave her husband behind in Ukraine to fight. 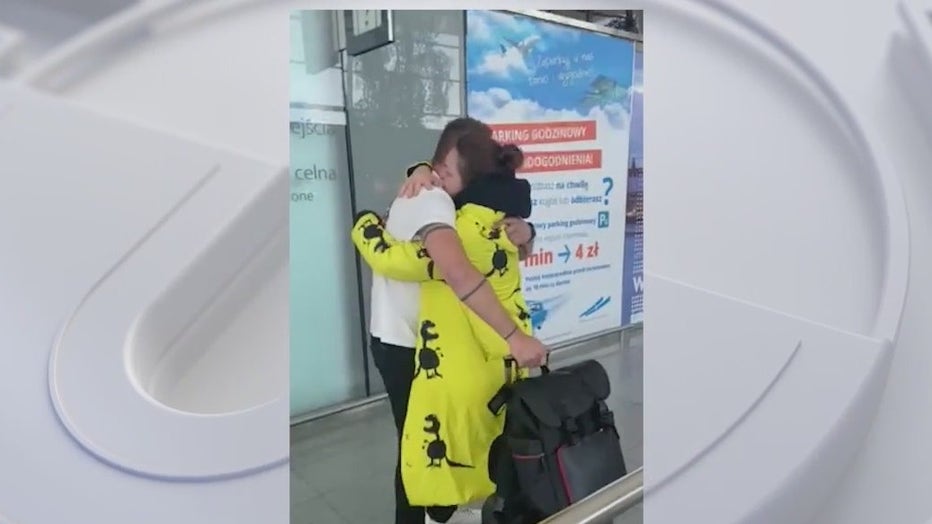 Meanwhile, Aleksandr has spent the last week helping others leave Ukraine and cross into Poland. So far he’s helped bring over 11 people in his family, including three children, and other friends of friends. "When I go there I have a minivan which can fit people, so I’m not driving with an empty seat."

Murga plans to return to the border more in the coming days to help others. He says seeing the war in-person has been beyond difficult.

"It’s like a scary movie, even worse, but it’s in reality. You’re trying to hold onto yourself and make sure you’re not just there depressed or shaken."

He hopes to fly home to Orlando and return to Longwood with his sister next week, so more reunions like this can happen, knowing his family is safe.