Betty Grenig began volunteering when she was 17 years old and has donated an estimated 20 gallons of blood in 84 years of service. She can't donate blood anymore, but still loves helping.

PHOENIX - Friday was a big day for an American Red Cross volunteer who celebrated her 101st birthday.

Arizona woman Betty Grenig said she still volunteers today, as she has for more than 80 years.

She first started volunteering for the Red Cross in 1937 at 17 years old. The Red Cross said Grenig's mother told her the organization needed people to knit socks for the army, so Betty and several friends sat down to knit. She’s traveled the world as the wife of a soldier and volunteered for the Red Cross wherever she lived.

She's donated an estimated 20 gallons of blood in her eight decades of service. She can't donate blood anymore, but she still loves helping anyway she can. 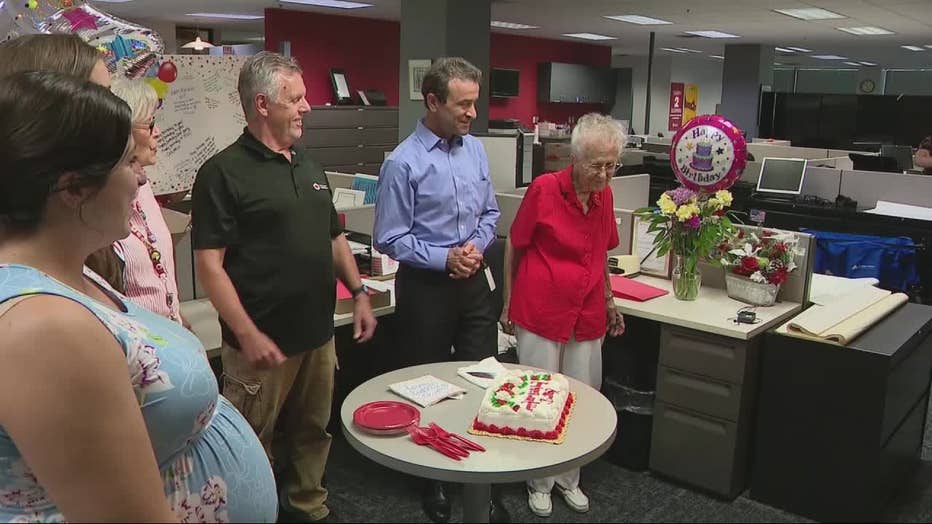 Betty Grenig celebrates her 101st birthday in Arizona in 2022.

Her advice to others looking to serve? Be dependable.

"That counts a lot more than the hours," she said. "And stay until the job's done."