The Federal Emergency Management Agency's COVID-19 vaccine site at Valencia College in Orange County paused distribution of the Johnson and Johnson vaccine. Some expressed frustration while many were actually relieved.

ORLANDO, Fla. - There were a lot of people turned away from the Valencia College West Campus COVID-19 vaccination site as they tried to get the Johnson & Johnson vaccine on Tuesday.

Some of them were disappointed while others were relieved after the federal government put the J&J vaccine rollout on pause.

Federal health officials are recommending the pause after six cases of a rare type of blood clotting following vaccination were reported in the United States.

"I can’t get an appointment and the Johnson’s not available, and they don’t know when it’ll be available," snowbird Terry Olofson said.

RELATED: What to know if you received J&J shot, have future appointment and more

The vaccination site at Valencia College West switched over to only administering Johnson & Johnson shots and second doses of the Pfizer vaccine last week.

Olofson heard about the pause on the J&J rollout but was still hoping he’d be able to get the shot here. 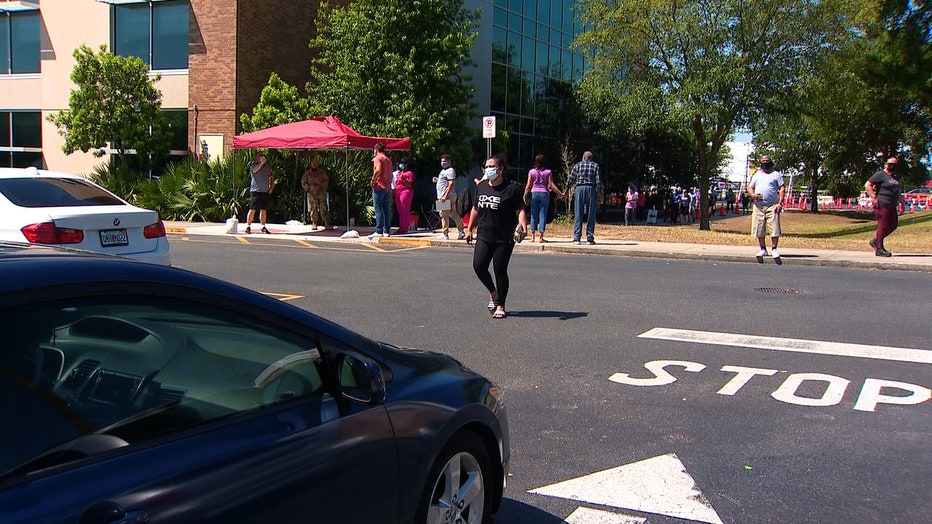 "I think it’s a small amount of people," Olofson said. "It’s a small fraction of the people that are getting it. So, I think there might be some underlying conditions that they got sick."

Others came to the vaccination site hoping it would still be doing first doses of the Pfizer vaccine.

Many who came to the site are now concerned about getting the Johnson & Johnson shot.

"Like I said, I was a skeptic already," Baldwin said. "We have to do our research. That’s anything you’re putting in your body, you know."

Those who came to the vaccination site hoping to get the first dose of the Pfizer vaccine were also turned away. The state says it doesn’t know if it will be doing first doses at the site now that J&J is on pause.