A Florida pilot recently returned home from Ukraine where he helped deliver supplies to the country amid its ongoing war with Russia, which invaded the country weeks ago.

ORLANDO, Fla. - A Florida pilot recently returned home from Ukraine where he helped deliver supplies to the country amid its ongoing war with Russia, which invaded the country weeks ago.

"It's completely man-made, and it's driven by cruelty and savagery," Hurston said of the war. "The Russian troops are seeking to cut-off hundreds of thousands of people and starve them to death." 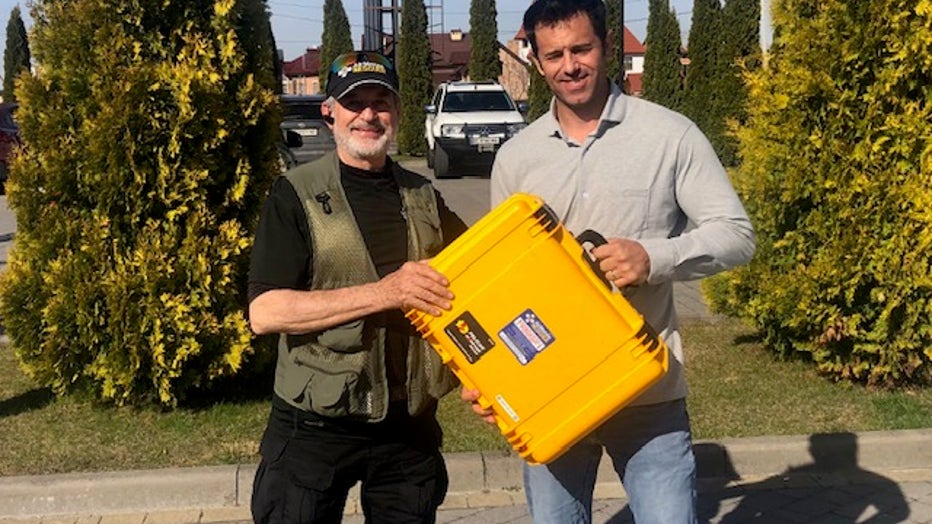 He and a small help have brought 19 of these water purifiers to Ukraine during both missions and have trained Ukrainians on how to use them.

"We can literally strategically place our machines," Hurston said. "Now a lot of our missions – I'm not in any way at all documenting for security reasons – we're a target of the Russian army."

Hurston said he's taken steps to secure his team while they work in Ukraine, but said they've still had some close calls.

"One of our teams that we sent out, (a) missile, a large rocket, landed within a hundred yards of them. They were knocked to the ground. Their hearing was knocked-out," he said.

Despite the risks, Hurston said he's determined to continue his work in Ukraine.

"This is a real battle, this is a battle like nothing I've ever been through," he said.

He's already planning a third trip to bring more water purifiers to the country. He is collecting donations via his website, https://airmobile.org.