It's been one week since a middle school student died at Lake Fairview following a lightning strike. While the North Orlando rowing crew continues to heal, other crew teams want some safety changes.

ORLANDO, Fla. - It's been one week since a middle school student died at Lake Fairview following a lightning strike. While the North Orlando rowing crew continues to heal, other crew teams want some safety changes.

On Thursday, Edgewater Crew was out practicing on Lake Fairview. The teams head coach, Bill Zack, told FOX 35 News he's not sure when the team will be coming back to practice. In the meantime, the local community has been helping clean out the boathouse for when they do decide to come back to practice.

Edgewater crew took a few days to get back on the water for practice. Within the last week, Zack said there's been meetings going on with area row coaches about safety.

"Just to go over our safety procedures, see if we needed to tweak anything, reviewed how to handle certain situations." Along with going over safety measures, the Edgewater crew team will get re-tested on swimming.

Zack is a former coast guard officer and said safety is huge for him when he's taking his crew team out on the water. "We check in the morning, even though it's an afternoon practice. Then we look when the team gets here, and if there's any doubt we don't go out." 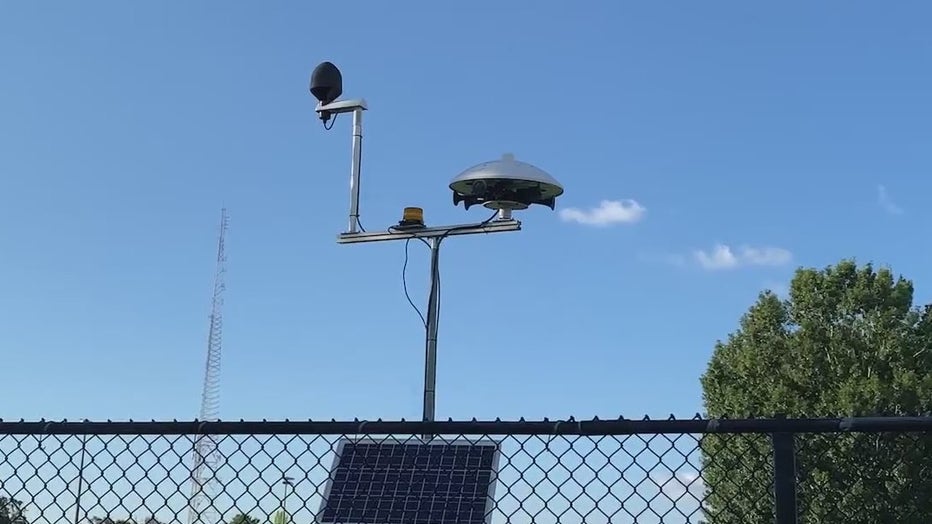 Some of the safety procedures the Edgewater crew team has reviewed was reminding the athletes what to do if their boat capsizes, "you don't try to swim to shore no matter how close you are."

Zack said the motorboats that ride next to the crew boats have life vests in them, and the coaches are able to give those out in case of an emergency. The boat itself, can also be used as a flotation device.Moving forward, Zack said lightning detectors are needed at Lake Fairview.

"I know we've asked if maybe they would put a lightening warning system here. Not just across at Trotter's park," he said.

Ron Prager keeps softball scores at several parks across Orlando. He frequents Lake Fairview park and agreed. "When you have numerous people outside you know rowing people, softball people, anyone that enjoys the park, it would be a great notice."