TAMPA, Fla. - The Tampa Bay Lightning celebrated their Stanley Cup victory in true Florida fashion: On the water. While many championship teams take to the streets following a big win, the Bolts' boat parade route will travel along Tampa's Riverwalk on Wednesday to show off Lord Stanley.

After the fun on the water, the Lightning continued the celebration at Raymond James Stadium.

There is a gorgeous sunset over the Lightning's Stanley Cup celebration at Raymond James Stadium. FOX 13's Kevin O'Donnell snapped this stunning photo. 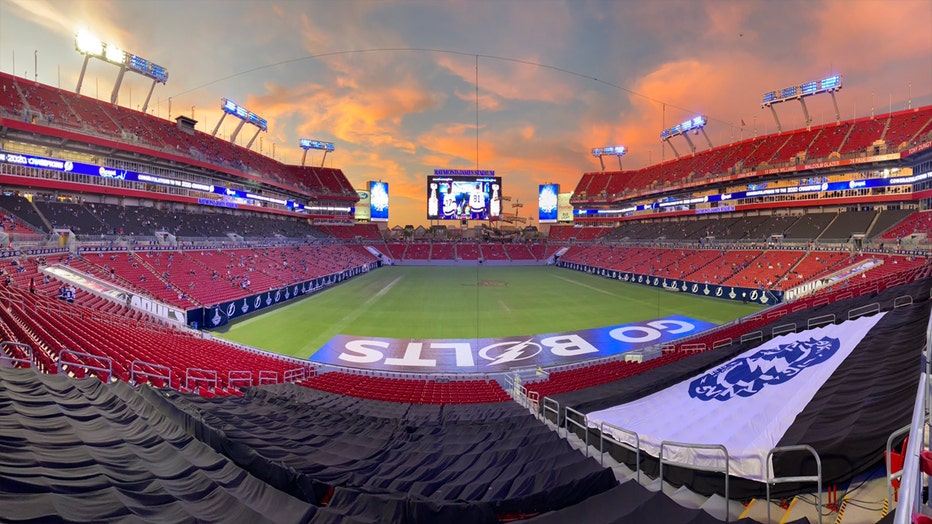 Stamkos and Hedman are in one boat, and have their hardware with them. And here's the shot that Bolts fans have been awaiting for months, if not years.

Looks (or sounds) like Bolts fans will have a little bit of Amalie Arena at the Raymond James Stadium rally. Lightning organist Krystof Srebrakowski is there, but alas those giant pipes are not.

They're underway! The parade kicks off with an iconic shot -- Lord Stanley's Cup sailing down the Hillsborough River, with the city in the background.

A half-hour past the planned start time, several of the boats are still at the docks. 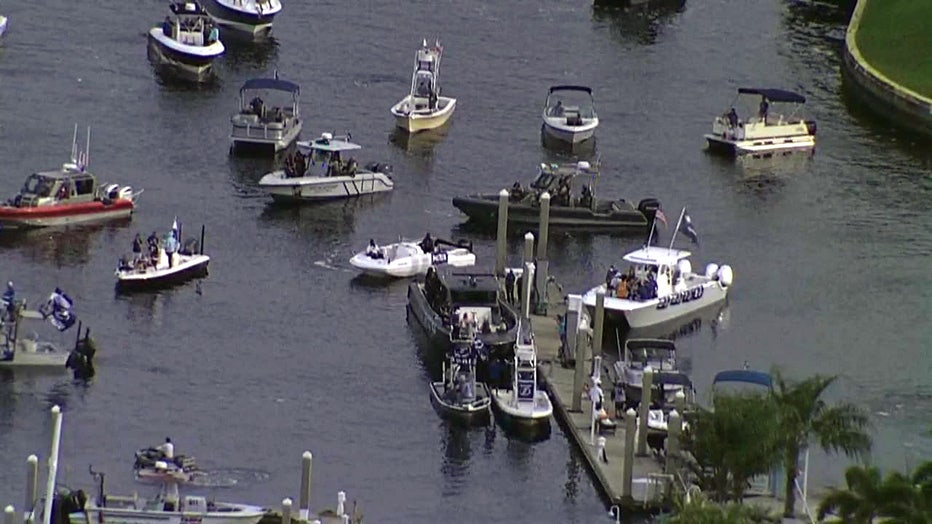 Great view from SkyFOX shows the wide view of the parade and the city. 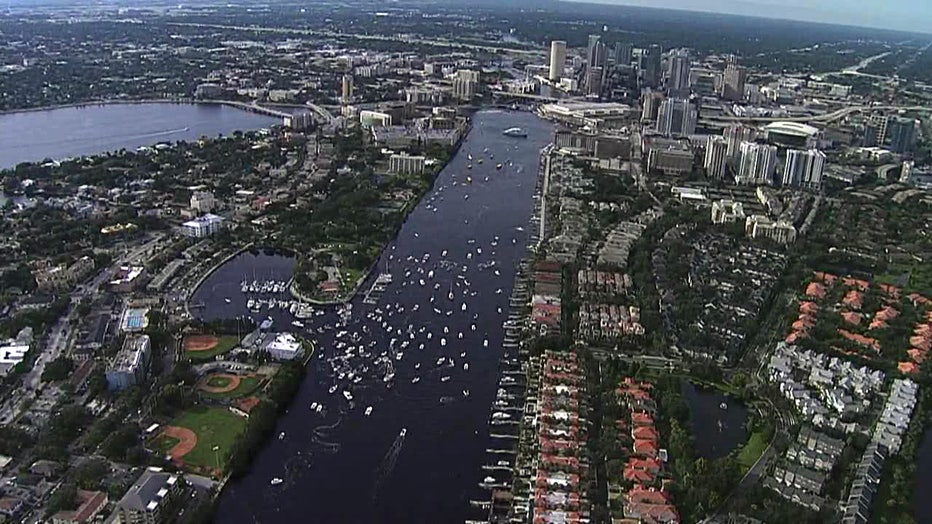 Meanwhile, over at MacDill Air Force Base, preps for the evening stadium flyover are underway.

Alex Killorn -- famed Jet-Ski rider -- is wearing a Rays jersey and some sort of championship belt. "Seeing all the boats out here and the fans lining up, it's starting to get real," he told FOX 13's Josh Cascio. "We want to share this moment with them."

Alex Killorn is dressed for the occasion

Josh Cascio checks in with the Bolts' center, all decked out for the boat parade.

Final preps appear to be starting. The boats are getting decked out and a few have pushed off from the docks. 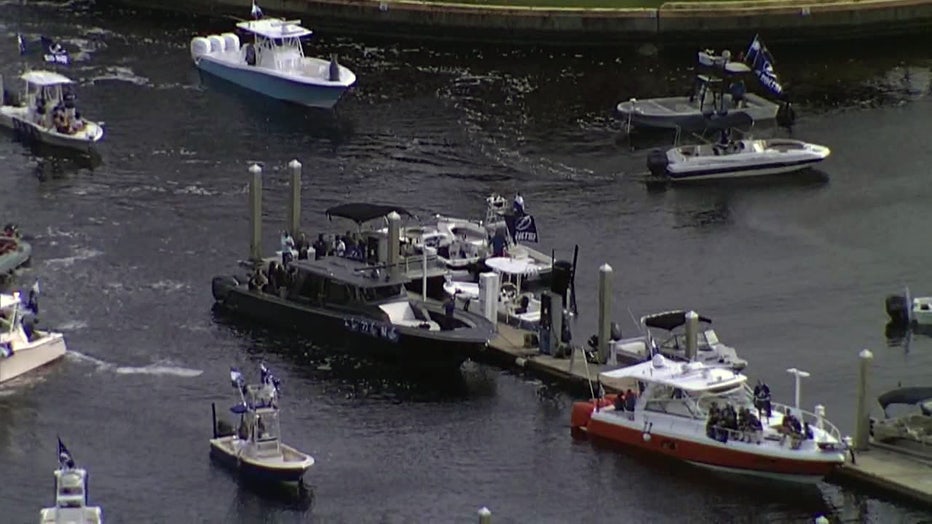 Raymond James Stadium is getting a slight blue makeover for tonight's event. It will be the first major event there since the COVID-19 pandemic began.

Boats are assembling at Marjorie Park, getting ready for the parade. Each player is expected to have his own boat for him and his family. 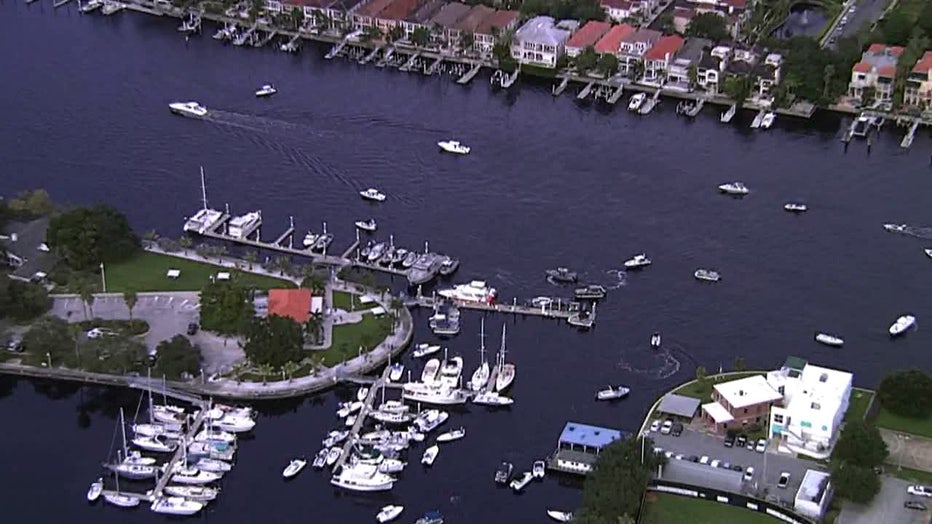 Lightning players will be aboard boats on the Hillsborough River, taking off from Marjorie Park on Davis Islands at 5 p.m.

The boat parade route will then head north past Curtis Hixon Park, WaterWorks Park and Armature Works in downtown Tampa. 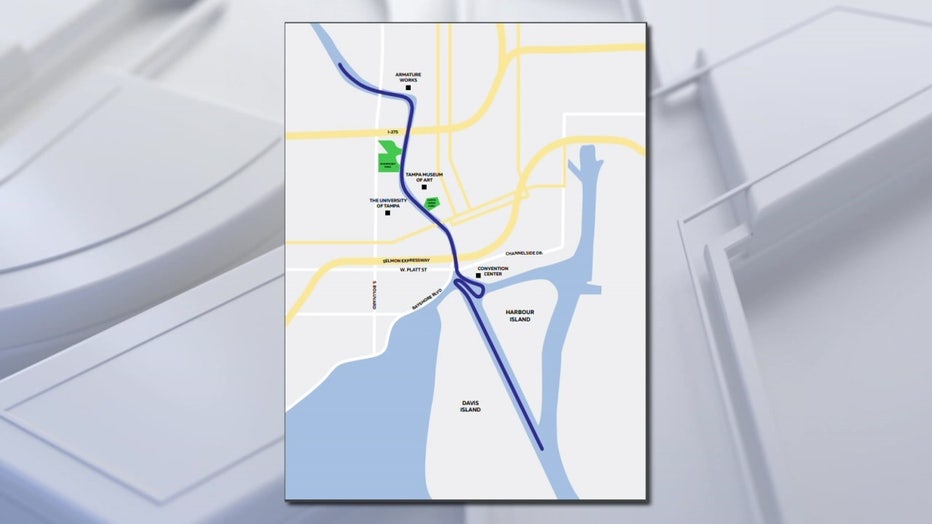 Fans are invited to watch from their own boats or from the shore along the Riverwalk -- but boaters cannot join or follow the Bolts' flotilla.

The hour-long parade will conclude near the Rick's on the River restaurant around 6 p.m. From there, the Lightning will drive 2.5 miles to Raymond James Stadium to celebrate with fans.

This was the scene at Tampa International Airport as the Stanley Cup champion Tampa Bay Lightning returned to their city and their families.

MacDill Air Force Base says they will also participate in the celebration with a flyover to honor the team.

Two tankers from MacDill, which will be outfitted in Lightning gear, are set to fly over the stadium around 7:30 p.m.

The RayJay event is free, but requires a ticket -- which were immediately claimed once they were made available on Tuesday afternoon.

If you can't join the festivities in person, live coverage of the stadium event will air on FOX Sports Sun.

The Lightning players will be in boats on the Hillsborough River, leaving from Marjorie Park on Davis Islands at 5 p.m. Fans are invited to watch from a boat or from shore, along the Riverwalk.