A recent study found that if you lift weights for just three seconds a day for five days, you will actually see an improvement in muscle strength.

The study, published in the journal Scandinavian Journal of Medicine and Science in Sports, had 39 healthy university students perform bicep resistance movements at maximum effort for three seconds per day, five days a week, over four weeks.

Another 13 students performed no exercise over the same period for comparison.

Muscle strength increased more than 10% for a test group who performed the bicep curls after the four weeks, but less increase in muscle strength was found for two other exercise groups.

The group that did not exercise saw no difference. 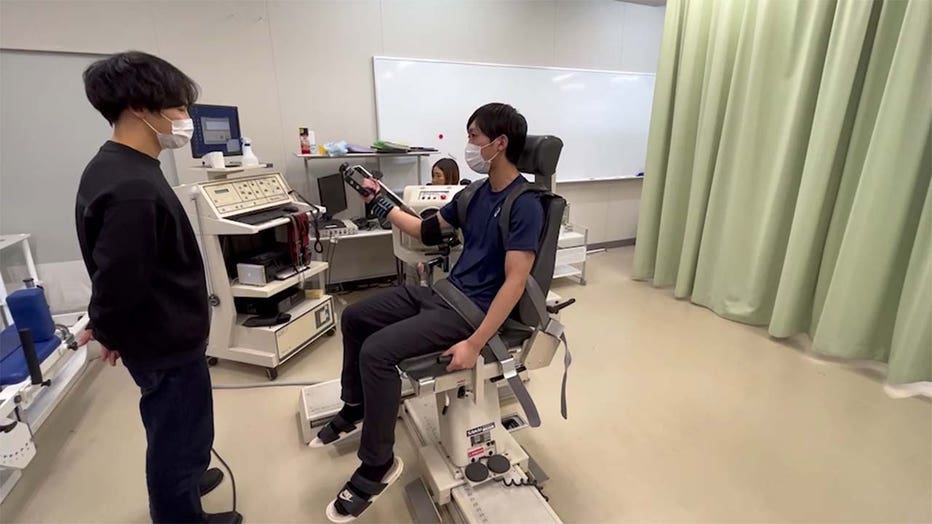 Participants were asked to do three different types of arm workouts which included isometric, concentric or eccentric bicep curls.

Participants were placed in a specialized chair and did one of the three exercises for three seconds with maximum effort, which varied for each person.

"The improvement was shown by eccentric contraction, so the dumbbell. Which is a very nice way to improve strength," according to Prof. Ken Kazunori Nosaka, lead author and director of exercise and sports science at Edith Cowan University in Perth, Australia.

The other two groups who performed the isometric and concentric movements saw some improvement but not nearly as much as the eccentric group.

Eccentric was most effective

The group who performed the eccentric movements showed about a 12% increase in muscle strength, according to Nosaka.

"It’s a very minimal stimulus to the muscle but still worked," Nosaka explained.

For instance, in the study, participants were asked to basically lower a dumbbell at a maximum weight they could handle without losing form.

This sort of resistance exercise yielded better results during this particular study which, according to Nosaka, has already been proven in previous studies.

"In this particular study, we didn’t find any increase in muscle mass after four weeks of training, however, we saw large increase in strength and that can be more related to the brain. So, possibly, the brain is stimulated more by doing or performing eccentric contractions," Nosaka speculated.

Nosaka said that the study is a good jumping-off point to get people motivated to work out and slowly advance into a healthier lifestyle.

"So people who want to do more exercise, normally as a New Year’s resolution, it’s at the top of the list is exercise more for this year," Nosaka told FOX TV Stations.

Many people who tend to start a workout regiment often quit due to having no time or possibly being discouraged after being unable to complete a certain type of workout, Nosaka continued.

"So we wanted to know, what the minimum exercise they can still do to make them healthy and fit," Nosaka said.

Inspired by a 1950s study in Germany

Nosaka said he came across a study published in 1953 in Germany with a very similar premise to the study his team conducted last year.

The study in Germany observed people who did a 6-second workout and the results showed participants had increased muscle strength at the end of the study, according to Nosaka.

"We wanted to revisit that study and added some new events to that study," Nosaka said.

Test out other body parts

Nosaka believes further study needs to be done to test out a wider age range as well as different body parts to prove that minimal movements done with maximum effort can give people a great starting point to build on a solid exercise routine.

He believes this will especially benefit the elderly.

The results of this study suggest that doing a small amount of exercise every day is the key to increasing muscle strength, Nosaka added, and is potentially a good way to help slow down the loss of muscle mass as people age.

"We have already started a study to see whether sitting in a chair slowly, every day at least 10 times a day, can improve the strength of elderly people," Nosaka said.

Nosaka stressed that for further study on elderly people, they will not have participants trying to lift weights at maximum effort because it isn’t safe. But he does plan to test different ways to use eccentric movements at home to accommodate everyday living.

"We are trying to investigate some maximum contraction effects. So, let’s say 60% of your maximum strength or even 50%, whether you’re doing eccentric contraction, if that can work or not," he added.