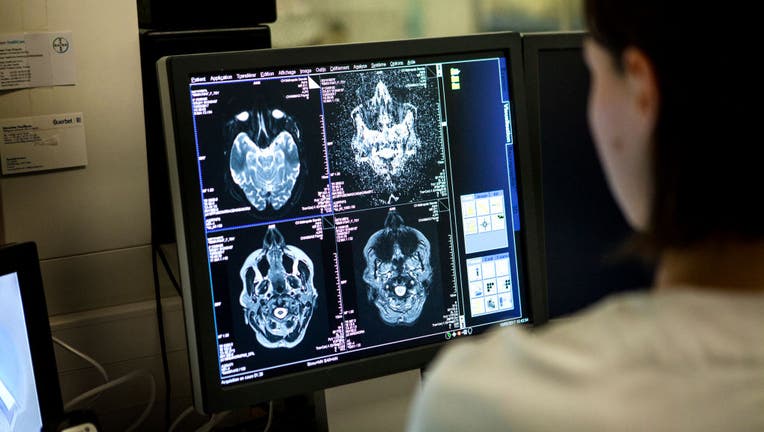 FILE IMAGE - Medical imaging is shown at a hospital in Savoie, France. (Photo by: BSIP/Universal Images Group via Getty Images)

LOUISVILLE, Ky. - What happens in the brain when we die? Memorable moments in life may indeed flash before our eyes, the first-ever recording of a dying human brain suggests.

"Life recall," or the process of reliving memories of one's life in a matter of seconds when experiencing a near-death experience or death itself, has puzzled neuroscientists for centuries.

A new study, published this week by Dr. Ajmal Zemmar of the University of Louisville and colleagues based worldwide, suggests that the brain may remain active during — and even after — the transition to death.

"It opens an interesting question to me on when you define death," Zemmar said in a statement announcing the new research."That plays a big role for questions such as, when do you go ahead with organ donation? When are we dead? When the heart stops beating because the brain keeps going... We may have tapped the door open now to start a discussion about that exact time onset."

The findings were somewhat accidental, in that an 87-year-old patient who developed epilepsy underwent electroencephalography (EEG) to detect the seizures. But during these recordings, the patient had a heart attack and passed away, according to the statement.

As a result, scientists recorded the activity of a dying human brain for the first time ever, the study authors said.

"We measured 900 seconds of brain activity around the time of death and set a specific focus to investigate what happened in the 30 seconds before and after the heart stopped beating," said Zemmar, a neurosurgeon at the University of Louisville, who organized the study of the recording.

Just before and after the heart stopped working, the team noticed changes in a specific band of brain waves — referred to as neural oscillations. The different types of oscillations, including gamma, are involved in high-cognitive functions, researchers said. This includes concentrating, dreaming, meditation, memory retrieval, information processing and conscious perception — similar to those associated with memory flashbacks.

In the new research, changes were observed in the so-called gamma oscillations. Changes were also observed in others such as delta, theta, alpha, and beta oscillations. These brain waves signal everything from what we experience when we’re asleep to the activity during a state of alertness, according to the Sinha Clinic, an Illinois-based clinic offering neuropsychiatric treatment.

"Through generating brain oscillations involved in memory retrieval, the brain may be playing a last recall of important life events just before we die, similar to the ones reported in near-death experiences," Zemmar suggested.

The study author said the findings "challenge our understanding of when exactly life ends," pondering if it’s when the heart stops beating — or when the brain stops functioning.

Researchers have found that loneliness might actually help build and strengthen parts of the brain tied to the imagination and thinking of others.

What do the findings of the dying brain tell us?

Zemmar said his main takeaways could be put into different categories: scientific, metaphysical and philosophical, and spiritual.

Scientifically, the data remains difficult to interpret because the brain was that of a dying patient, who had suffered bleeding, seizures and swelling. The study noted how researchers likely wouldn’t be able to obtain uninterrupted recordings in the near-death phase for "healthy subjects" but only those in "acute care hospital settings."

While this recording was the first of its kind, it was also just one case.

"So we can't make very big assumptions and claims based on this case," Zemmar noted. 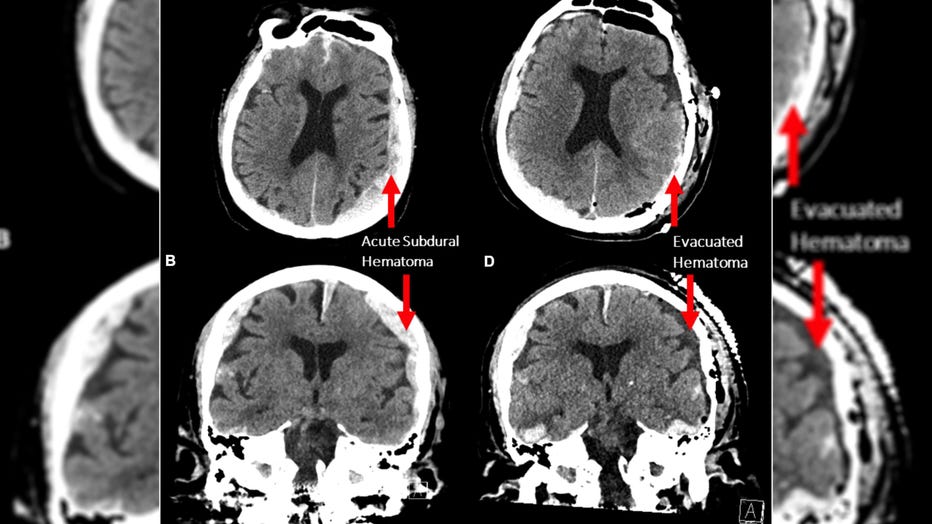 Pictured are CT scans of the patient, whose identity was not disclosed. (Credit: Front. Aging Neurosci., / Provided)

On the metaphysical side, the study author said the observed brain activity patterns that occur when we have memory recall, dreaming and meditative states are "intriguing to speculate" about. Zemmar suggested that maybe it’s our brain letting us "have a replay of life in the last seconds when we die."

"On the spiritual side, I think it is somewhat calming," the researcher and neurosurgeon added, describing the moments he often has with families with their loved one passes away.

"You have to be the bearer of bad news. Right now, we don't know anything about what happens to their loved one’s brain when they're dying. I think if we know that there is something happening in their brain, that they are remembering nice moments, we can tell these families and it builds a feeling of warmth that in that moment when they are falling, this can help a little bit to catch them," Zemmar offered.

The study was published on Feb. 22 in Frontiers in Aging Neuroscience.