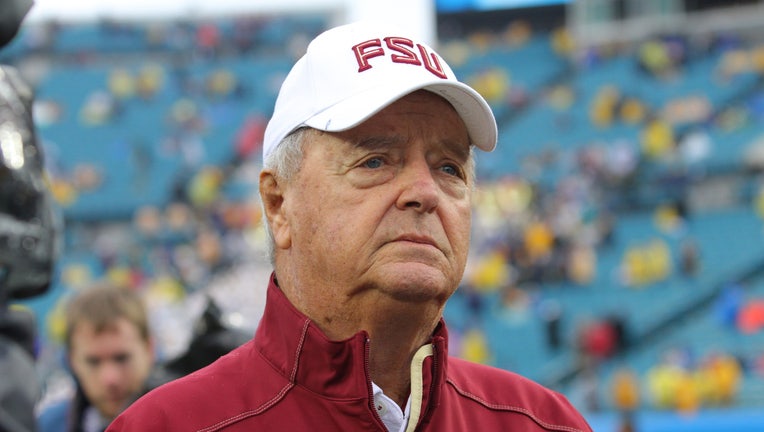 Family friend Kim Shiff, Bowden’s former publicist, told the AP in a text message that the 90-year-old college football Hall of Famer was “very fatigued,” but had no other symptoms.

Bowden was being treated at Tallahassee Memorial HealthCare.

Bowden’s wife, Ann, told the Tallahassee Democrat her husband was scheduled to undergo a chest X-ray and other tests.

Bowden recently returned home from a lengthy hospital stay for an infection in his leg. He was notified he had tested positive for COVID-19 on Saturday.

“I feel sure he’s going to be OK,” Ann told the Tallahassee Democrat. “I am very positive. I am not an alarmist. He hasn’t been getting around much at all due to his leg; it has been pretty painful.”

Bowden coached Florida State for 34 years and is second on the career victories list in major college football with 357, behind only the late Joe Paterno of Penn State.

Bowden won national championships with the Seminoles in 1993 and 1999.